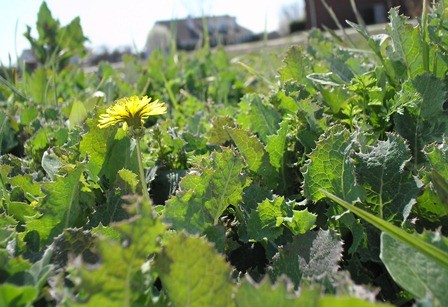 Rural Living in Cyprus is a prime state that has cultural influences from Greece, Turkey and some Asian countries.

This multicultural effect, economic stability and political stability have lured expats who come here to start or expand their businesses.

According to Immigration Service experts, quite a good number of expats seek to know how they can live in rural areas in Cyprus.

The cost of living in rural Cyprus is lower than in the cities or near the beach.

However, some newbies may find it hard to understand how people live in the rural areas especially if they relocate from the city in their states.

Therefore, this guide will highlight some crucial points on how expats live in rural Cyprus.

Cyprus is a mountainous state especially as you move further away from the flat beaches.

Some of the Cypriot people still live in villages and small, rural towns, which the government encourages for sustainability.

Some of the best rural districts to choose as an expat include the following:

it is further subdivided into smaller areas called parishes.

The Cypriot government controls this rural locality, and numerous expats are known to live here.

Most of them are engaged in farming or the mining business, which does well in this region.

Getting a house or land in Strovolos is easy when using an agent.

If you love high altitude and serenity, this is the village to choose.

It is mountainous and holds a rich history.

The village is part of the Nicosia District, and expats can work as heritage site workers or engage in business at the district headquarters.

Expats who want to feel like royals usually choose this locality.

Cyprus appreciates this area as a royal city.

It is the area where the ruins of the temple of Aphrodite sit, making it very significant.

You can acquire a house in this area with ease and still access major cities like Limassol for work.

Most of the Cyprus citizens consider this rural village as abandoned.

It is located near the South East of Cyprus although ruled by the Northern part of the state.

What makes the village a great choice for experts is the fact that it is not too far from the beach.

Any investor can settle here for tranquility and development of their businesses, where raw materials and labor are readily available.

According to government reports expats started moving to rural areas in early years.

The Cypriot citizens are friendly and welcoming no matter in which part you decide to settle.

The early expats moved from nearby countries like Portugal, Turkey and Greece just to mention but a few.

They were in search of raw materials to send back in the factories in their countries.

However, the Cypriot government has continuously encouraged settlement of expats who contribute positively to their government.

More so, it is also active in making treaties specifically to check on tax and investments matters.

With time, this has encouraged foreigners from all corners of the globe.

Today, most of them have become expats in Cyprus and continue to contribute to the economy.

Encouraging their settlement in the rural areas brings development all over the state in an equal measure.

According to a survey that questioned some expats, rural living in Cyprus is very economical, and the cost of everything is affordable.

The houses are of high standards yet cheap.

If you have a business that does not require a main city location, then this is the best place to locate it.

Your bills will be very reasonable.

Farmers and business people who can easily access raw materials in the rural areas are the greatest beneficiaries.

Cyprus allows the buying and building of properties under regulated guidelines.

Most expats who live in rural areas have their own properties that they have purchased through various plans.

The department of land and farming in the country promotes the productive use of abandoned land in the rural areas.

On the brighter side, most expats are also great investors in farming and other agricultural activities like raising rabbits for meat or Pygmy Goats.

Further, they also allow hiring of foreigners under specific guidelines which has also promoted more expats to join the rural areas.

Amenities like world-class schools and healthcare facilities are not concentrated in the major cities but are all over the state.

Cyprus is a state that has imposed fair taxation programs for foreign investors.

Those who have become expats in the country have done so because of friendly taxation procedures available.

According to expats who have been in the country for long, they enjoy the taxation rates that apply to businesses they do both in the rural areas and the town areas.

Expat’s Housing in the Rural Areas

Expats in Cyprus are free to move to rural areas and mingle with other Cypriot citizens.

The government does not have any hindrances to such plans.

In fact, the housing department in collaboration with the government makes sure that the expats get the necessary tax breaks and other support to secure a house in the rural areas.

It is also notable that title deeds for a housing or farming land are easily processed, especially when the right procedure is followed.

An authorized agent is the right person to use when when expats want to secure such a land.

As a final word, it is worth mentioning that the population of expats moving to rural Cyprus is increasing by the day.

This is an indication that they are not only enjoying this kind of settlement but also affording it.

Thanks to the Cypriot government that has played a great role in promoting expat’s rural settlement in Cyprus.

It is a program that other countries should emulate if they want to have an all-state development.

With some research, you can identify the best location that you want to live in when you become an expat in Cyprus.