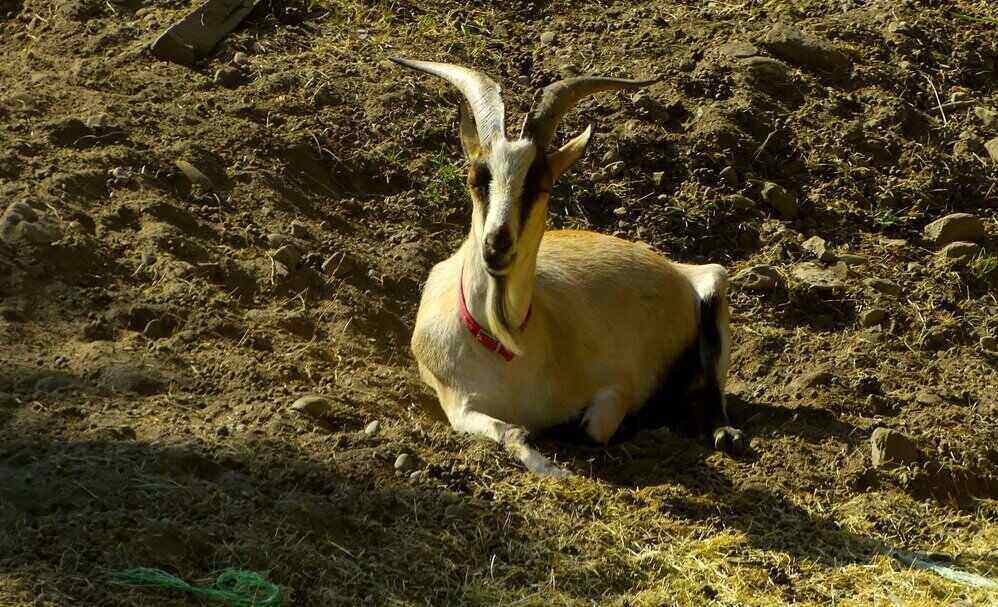 Learning how to get rid of hay belly in goats could help make your herd healthier. Although not quite as deadly as goat bloat, hay belly can be a nuisance and, without the right remedy, could lead to malnourished goats.

Hay belly is a condition that is more common in Boer, Nigerian dwarf goats, and Pygmy goats. Even though Pygmy goats tend to have large bellies that make them look pregnant, it’s important to ascertain exactly what is causing the large belly size. In many cases, you will find that it’s either hay belly, overeating, or the deadlier goat bloat.

How to Get Rid of Hay Belly in Goats

As counterintuitive as it might sound, hay belly is just fine in dairy goats, and you don’t really need to do anything about it. The issue is that in many cases, it could be because of the diet, rumen bacteria, or parasites that could cause malnutrition and, as a result, limit or reduce milk production.

Whether you are seeing hay belly in your dairy goats, young goats, or meat goats, the remedy is almost always the same:

While it’s common folklore to treat goat bloat, grain bloat, or abomasal bloat by introducing baking soda to the goats’ diet, it’s often more prudent to contact a vet because this condition, unlike hay belly, can be deadly.

In many cases, it’s easy to assume that your goats, especially baby goats, are just fat as opposed to having hay belly. While this is actually a good thing for most goat producers raising goats for profit, the simple truth is that you need to know for sure.

If you can still easily feel the goat’s ribs, it’s important to do the hay belly test, as highlighted above. Thankfully, hay belly is a condition that can be remedied quite easily.

What Is Hay Belly in Goats?

Technically speaking, a hay belly is exactly what it sounds like, a big belly full of hay. The size of the belly often makes goat owners think that they have a bloated goat. It’s easy to see why this confusion can arise since bloated goats and goats suffering from hay belly have the same appearance.

The biggest difference is that bloated goats suffering from goat bloat can die within a matter of hours if the condition isn’t treated. That’s why it’s important to tell the difference between hay belly and goat bloat (more on that a little later).

Goats that have hay bellies may look fat, but in reality, they aren’t. When a goat is suffering from a big belly due to hay belly, you can still feel the ribs quite easily. You won’t see excess fat accumulating around the shoulder junction, neck, or behind the goat’s elbow.

What Causes Hay Belly in Goats?

Hay belly in both kids and adult goats is caused by parasites and malnutrition, which happens when goats eat nothing but hay or have a grain overload. If you have noticed that your goat has had an unusually large belly for the past few days, there’s a good chance that it’s suffering from hay belly.

Don’t let the big belly fool you; that goat isn’t full of food. It might be starving. The internal parasites that cause hay belly tend to be quite aggressive.

Any goat that has a belly full of them might not be getting the nutrients it needs from its food. This is mostly because the parasites either eat away the nutrients within the goat’s digestive tract or cause anemia.

Because of this, the goat will feel the need to eat constantly and, as a result, get a belly full of hay. This condition is particularly prevalent during winter when the goats can’t go out to pasture. This often means that they are being fed a steady diet of nothing but hay.

Symptoms of Hay Belly in Goats

It should be noted that hay belly looks a lot like goat bloat, and to the untrained eye, they may appear as one and the same. However, as mentioned, hay belly and goat bloat are not the same things. They are quite different as one is often deadly while the other is a nuisance that can turn deadly if not remedied.

Here are some symptoms that may indicate hay belly in goats:

The goat may go about its business as usual, not exhibiting obvious symptoms.

How to Tell the Difference Between Hay Belly and Goat Bloat

It should be mentioned that when your goat is suffering from goat bloat (Ruminal tympany) as opposed to hay belly, its enlarged belly is rarely the first thing you will notice, even though it will be there.

The quickest way to tell the difference between hay belly and goat bloat is to simply press the goat’s belly on the left side of the abdomen right over the rumen. When you do this, if the goat has a hay belly, you will notice that this section mashes in as though you were mashing in some cookie dough.

The area stays mashed in even after you lift your fingers. That’s mostly because all you will have done is move around some chewed hay or forage within the goat’s rumen.

This isn’t the case when a goat has goat bloat. In this case, the goat’s belly feels like a tight drum. That’s why it’s also called ruminal tympany.

Even if you can press the goat’s belly all the way in, it will spring right back up as soon as you remove your fingers, unlike when the goat is suffering from hay belly. This is mostly because that belly is now filled with gas as opposed to chewed hay or pasture.

In many cases, the animal with poor goat health due to goat bloat will often look to lie down somewhere hidden. It will most likely be somewhere in a corner, showing no interest in food or feeding.

It may even be grinding its teeth, which is often a clear sign of pain in goats. This particular goat will be completely uninterested in getting up and moving. Should you get it back on its feet, you will immediately notice a larger than usual abdomen.

Bloat is more common in cattle and sheep than in goats; however, all goats are susceptible as they only need a mature-functioning rumen.

While hay belly is caused by parasites and malnutrition in goats, goat bloat is quite the opposite. It’s often caused by goats gorging themselves on pasture after a prolonged period in a barn or dry lot, feeding on nothing but hay.

Goats that spend a lot of time on pasture rarely ever get goat bloat. In many cases, goats that suddenly find themselves surrounded by nothing but lush fields of alfalfa, clover, and spring grass will most likely get something called frothy bloat. This is a dangerous condition characterized by a build-up of gas that can’t be released from the abdomen. This gas build-up puts pressure on the goat’s heart and lungs, which can cause death.

Consult your veterinarian for instructions. Frothy bloat or pasture bloat is easy enough to treat by drenching with 200 ccs of mineral oil. However, it’s essential to use a stomach tube so the oil doesn’t settle in their lungs. Walking the goat can help ensure this doesn’t happen.

How to Eliminate Hay Belly in Goats

Goats are browsers. Being sure they have access to clean water and rotating pasture will go a long way toward keeping them healthy. Pay extra attention to their nutrition in the cold winter months when they may not be able to browse. Use these tips to get rid of hay belly in goats.