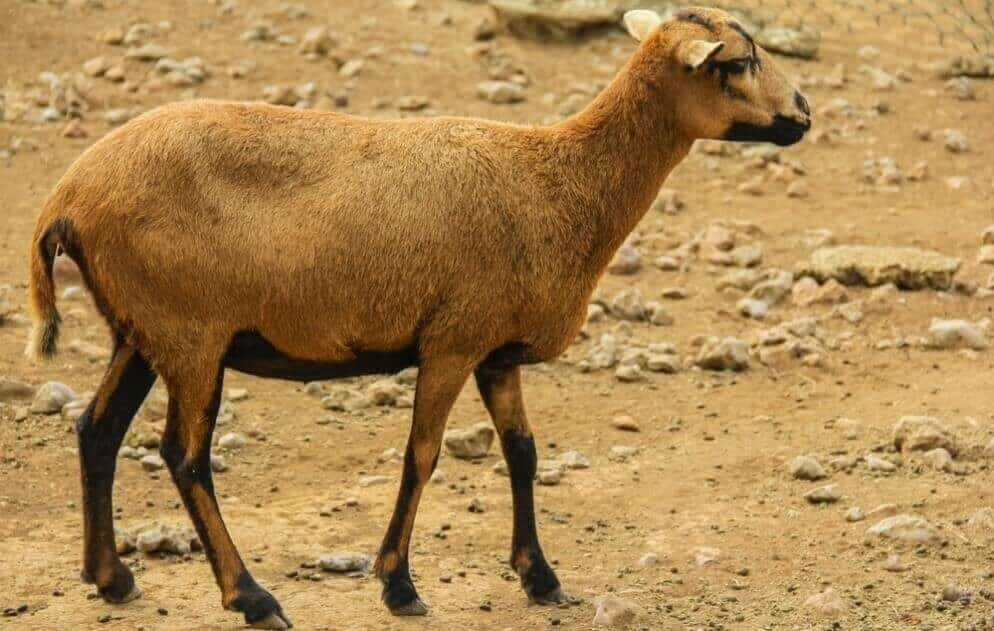 Barbados sheep, also known as the Barbados blackbelly sheep or just the Blackbelly sheep, is a domestic breed of sheep from Barbados. Raised mainly for its meat production capabilities, this breed of sheep can easily be found in South America and the Caribbean. It’s typically more abundant in Peru and Mexico.

It’s believed that the Barbados blackbelly sheep is a direct descendant of the West African sheep that were introduced to the Caribbean island during the African slave trade.

Farmers looking to raise sheep for meat production might be interested in the Barbados sheep. They are highly adaptable and hardy livestock to own. Let’s take a quick look at the origins and history of the Barbados Blackbelly sheep and why you might want to consider raising them on your farm.

The Barbados Blackbelly sheep came about around the 1600s when local breeders in the Caribbean crossbred the African hair sheep with the European wooled sheep. The African hair sheep was brought to the island during slavery, but it fell out of favor because it had a relatively low reproduction rate.

The European wooled sheep, on the other hand, died off because the thick wool that covered their bodies wasn’t quite ideal for the hot and humid tropical climate of the Caribbean.

The Barbados sheep first came to the US in 1904. It was widely accepted and favored in Texas, where it was loosely crossed with the Mouflon, which is a feral horned sheep breed, and the Rambouillet. These crosses created a sort of game animal with a large set of horns known as the “American Blackbelly” sheep.

That’s one of the main reasons why the Livestock Conservancy is keen on preserving this breed of sheep because there are so few of them left. In fact, in 2007, only around 300 purebred individuals were available in the US.

Despite the American Blackbelly sheep being a crossbreed of a horned wild sheep breed, the Barbados Blackbelly sheep are actually polled, which means that the horns have been bred out of them.

These sheep are relatively small in size, with mature rams typically weighing anything between 90 and 150 pounds while mature ewes weigh between 85 and 100 lbs. Since the American Blackbelly was crossbred with feral sheep, they tend to have a rather wild and striking appearance, which often gets them compared to antelope.

They have medium-sized heads in excellent conformation to their necks and bodies. Even though this sheep breed has quite a bit of hair on its body, this hair isn’t considered wool.

As the name suggests, the Barbados Blackbelly sheep have black bellies. They tend to be red-brown, light brown, yellow, or tan in color. They also have black and white faces that tend to look like “badger” faces.

Their faces typically have black points on the forehead, nose, as well as inside the ears. The rams usually have a lot of hair around their necks. This thick, coarse hair may extend all the way to their brisket and even shoulders in some rams.

Technically, the Barbados Black Belly sheep is considered hardy and weather-resistant. However, that doesn’t have anything to do with their breeding; it’s all about their behavior. Typically, flocks of these sheep will try to seek shelter in temperatures that most wooled sheep, such as Icelandic sheep species don’t.

Even though they are slightly docile, this breed of sheep is quite protective. At great personal cost, lambing ewes will protect their young against predators. They are also considered excellent foragers, with their natural diet mainly consisting of:

That, coupled with their protective behavior, makes them an excellent addition to any farm.

This is a highly reproductive species, with the ewes typically giving birth to an average of two lambs at every turn. Another excellent characteristic is that they naturally come into heat and breed more than once every year — with a lambing interval of approximately 8 or nine months — which is quite unlike most other sheep breeds that are seasonal breeders. Additionally, the lamb mortality rate in this species is quite low.

The Barbados Blackbelly sheep become sexually mature and ready for animal husbandry by the time they are 7 months old. Barbados sheep gestation period is 5 months.

A tip to increase the chances of lambing twins is flushing. This is when you feed the ewes extra grains or other “energy” two weeks before breeding. While Barbados sheep typically birth twins, flushing will increase the ewe’s chance of having twins because the nutritional needs will be satisfied.

There are several good reasons why Barbados Blackbelly sheep are still quite popular with sheep breeders across the globe. Here are some good reasons why you might want to consider raising them on your farm.

Their docile nature and excellent foraging skills made these sheep a favorite and popular with herding dog trainers.

The Barbados Blackbelly sheep is undoubtedly one of the most resilient and hardy sheep breeds. They are quite easy to care for and produce sought-after lean meat. They have a protective nature, and the fact that the ewes almost always give birth to twins or triplets makes this breed a wonderful and potentially profitable addition to any farm.

Yes, although milk isn’t exactly what they are known for in farming circles. That being said, the Barbados Blackbelly, St. Croix White, and Florida Native breeds produce about the same amount of milk despite having different body and udder sizes.

How many lambs can a Barbados Blackbelly ewe produce in one go?

Typically, the Barbados Blackbelly ewe can give birth to about two or three lambs with every litter. Their ability to adapt to various environments, a diverse diet, and resistance to diseases and parasites has given this sheep breed prolific reproduction capabilities.

Do Barbados Blackbelly sheep have horns?

No. Despite being crossbred with wild horned breeds, the Barbados Blackbelly sheep are polled, so the horns have been selectively bred out of the species.

If you are interested in raising sheep on your small farm, large backyard or homestead, consider Barbados sheep. They provide a sustainable source of meat.