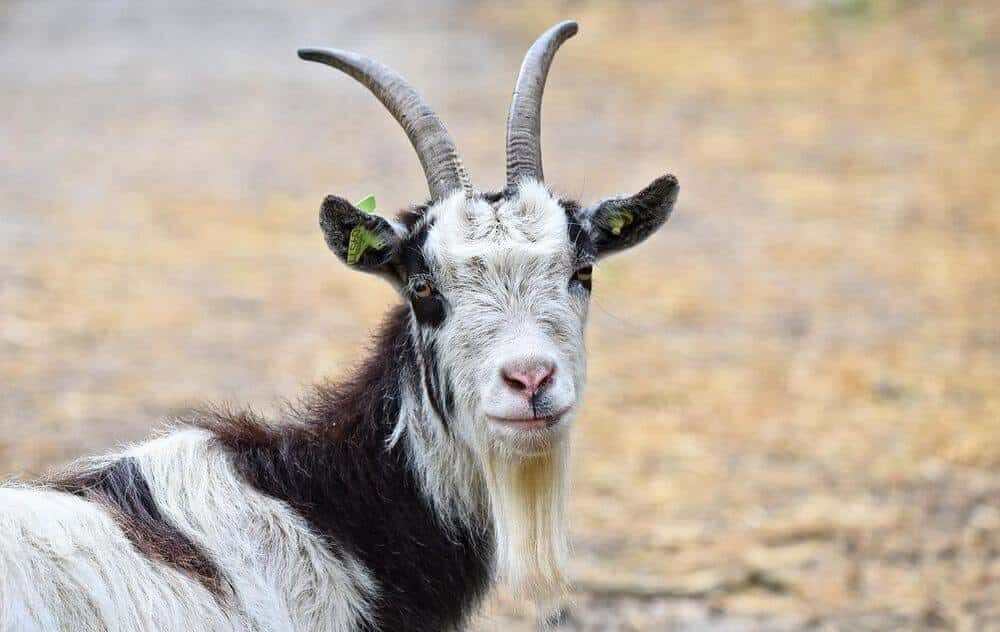 Certain goat breeds, such as the Alpine goat, have distinctive beards on their faces. Going by traditional gender rules, it would be natural to assume that the bearded goats in any breed would most likely be male goats. Strangely enough, this doesn’t hold true for all goat breeds. It’s also not uncommon to find a female bearded goat.

So, why do goats have facial hair, and what do they do with those awesome beards? Let’s find out some facts surrounding bearded goats and how to tell whether or not they’re male or female.

Why Do Goats Have Beards?

We don’t know exactly why goats have beards, but it’s probably the same reason that most men who live in very cold places have beards.

Since the typical domestic goat is believed to be a descendant of the Eurasian wild goat—a goat breed that lives in extremely cold locations and prefers high altitudes— it is possible this goat breed evolved to grow a beard as a way to insulate its face against such extremely low temperatures.

This explanation doesn’t hold much water in goat terms. This is mostly because a goat’s face already has fur cover. As such, a beard wouldn’t provide much protection against the elements. There’s another explanation that has to do with mating in goats.

As in the peacock world, the more vivid the tail feather colors, the more attractive the peacock is to females, similar to long moose antlers. For goats, the thicker, longer, and more robust the beard, the more likely the buck (a male goat) is to win females (does). However, it isn’t just about having the most naturally attractive beard with male goats.

Some bearded goats take the time to groom their beards by licking them. This keeps them clean and combed. Of course, for male goats, just having a long beard won’t always do the trick. They also have to be big and strong to fight off competitors.

During mating season, they frequently urinate on their beards, front legs, and chest, which may appear disgusting to humans. Like licking, this act is designed to attract female goats, and it works. This is because a buck’s urine contains pheromones that give it an extremely pungent smell. These pheromones make the buck irresistible to females.

Can Female Goats Have Beards?

Yes. In some goat breeds, such as the Toggenburg goat and the Rocky Mountain goat, both males and females have beards. Beards on goats are a lot like horns.

While most females tend to be polled (hornless), some tend to have small horns depending on the breed. The goat horns and beards in male goats are often more pronounced, but beards in goats are not unique to males.

Female Alpine goats may have beards like the bucks; however, it is generally shorter and thinner.

As you can imagine, not every goat breed has bearded goats. Several different factors lead to beards in goats. Here are some of those factors.

As with humans, your genes play a significant role in determining your appearance. In most cases, crossbred goats tend to have a number of traits passed down to the offspring by the dominant gene. This not only determines the presence of beards in male goats but also in females.

For most goat breeds, the beards grow with age. The older the male goat gets, the more prominent its beard becomes. Beard growth tends to pick up during the goat’s prime, and since goats don’t shed their beards, the older the goat gets, the thicker the beard will become.

In many goat breeds, it’s the buck that has the beard. However, as we have already seen, it’s not uncommon for some female goats to be bearded. That said, it’s the dominant male hormone responsible for beards and horns in goats.

This takes us back to the original explanation of why goats have beards. The Eurasian wild goat lives in extremely cold, high-altitude places. The beards grow to keep the goat warm.

Unless the goat has the bearded genes, many domestic goats won’t have very prominent beards. This isn’t the case with wild goats. These goats tend to have bushy beards, maybe because they don’t have the luxury of shelter like their domesticated goat counterparts.

The presence of beards in goats isn’t a very well understood phenomenon. While genetics explains most of it, some odd occurrences baffle the mind. For instance, it’s not uncommon for some female goats to only start sprouting beards once they get pregnant. In many cases, these beards slowly recede once the female goat has given birth.

What do we call a goat’s beard?

Do female goats also have beards?

Yes, some female goats are bearded, but not all of them. The biggest difference between bearded female goats and male goats is that the beards on the female goats aren’t often as pronounced. In many cases, it’s often just a small tuft of hair right underneath their chins.

Do goats groom their beards?

As with most humans with beards, male goats take pride in their beards and often groom them. They do this by licking them, which helps clean them and keeps them straight and looking combed. It’s not only a matter of pride for the bearded goats but also a way to attract females.