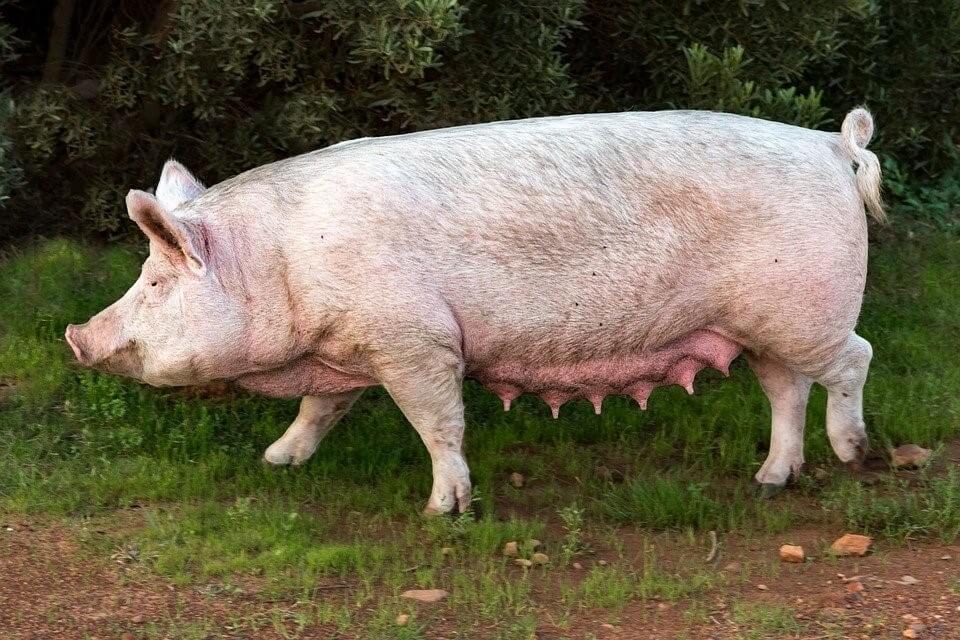 Pigs are known by various names, from hog to boar and swine. In fact, in many places, these names are interchangeable. However, you will most likely come across the name pig more often than not. So, what is the difference between a hog vs pig?

On the face of it, there isn’t much of a difference between these animals. After all, they all like wallowing in the mud, and the sows (female pigs), be it feral sows or domesticated, have the same gestation period and, in many cases, the same mothering instincts.

To say that there are similarities would be to state the obvious. However, the terms aren’t just cute nicknames people give these animals in different regions. There are some actual differences. But first, let’s take a look at why these animals tend to be confused by one another.

Pigs belong to the Suidae family—even-toed ungulate animals—which encompasses pigs, swine, and boar. The wild boar (Sus Scrofa), which you are likely to encounter in the woods, are thought to be the original family members from which the domesticated swine or pig descended.

These wild boars—a boar is a name given to a male pig—are mostly found in Asia, North America, North Africa, and Europe. Wild boars come in many sizes, are hairy, and have tusks.

As you can see, one of the main reasons why these names are often interchangeable and people confuse pigs for hogs and swine is that they are related and technically come from the same ancestry.

Is a Hog the Same as a Pig?

Pigs and hogs belong to the Suidae family and are technically related, but they are NOT the same thing. The main difference can be found in the age and size of the specific animal. At least, that’s the case in North America.

In many states in the US, such as South Carolina, you will find most people referring to a young domesticated swine as a pig. This is often the name given to an animal that’s just a few years old.

It’s therefore customary to refer to a swine that is only a few years old as a pig. On the other hand, if the swine is fully grown and large in number, it’s often referred to as a hog. A hog, therefore, is an older pig that is much bigger.

You can see where the confusion comes in because simply saying a swine a few years old is referred to as a pig doesn’t exactly give you the best definition. It’s vague and open to interpretation. That’s why most people, especially pig farmers, prefer to classify these animals by weight and mass.

As you would imagine, since they come from the same ancestry, feral pigs, feral swine, and feral hogs can be found all across the globe. Feral means wild, and if you look hard enough, there’s a good chance that you can find some wild pigs in your area.

So, what is the difference between feral hogs and feral pigs?

Feral pigs are often referred to as razorbacks. This is mostly because they have high-haired backbones and an extremely ill-mannered temper. These animals are considered extremely vicious and ruthless, especially when backed into a corner.

Feral pigs and feral hogs were once domesticated pigs, domesticated swine, and domesticated hogs. They both have their ancestry in the Eurasian wild boar, so they can easily revert to this state if they spend enough time in the wild.

That being said, their main differences come down to size and age, just as it is with their domesticated counterparts.

The Main Differences Between a Hog and a Pig

We have already looked at some of the main differences between a pig and a hog. However, a few more could help clarify the distinction between these close relatives.

This is probably one of the biggest differences in the hog vs pig debate. Pigs have technically been domesticated for longer. Pigs were domesticated about 9,000 years ago.

Left to their own devices, they are an extremely invasive species that can drain the natural resources of any location they invade. Domesticating them made sense for two main reasons:

Domesticating them, therefore, was the best course of action. Furthermore, domesticated pigs make a lot of financial sense for the farmer. They are often easy to feed and grow fast, gaining about 5,000% of their body weight in just six months, producing a great deal of pork—pig meat or carcass.

Even though almost every kind of swine is farmed for commercial purposes, except for a few breeds such as the Truffle pig, which is raised to hunt truffles, there’s a difference between how a pig and a hog are treated.

For instance, you will likely find pigs on a farm because of their tender age. These pigs are often not old or heavy enough to hit the required market weight to sell.

Hogs, on the other hand, are rarely present on any farm because once they hit their desired market weight, they are immediately sold for slaughter and meat.

There are some exceptions, however. For example, a farmer needs a specific hog breed to mate with the sows on their farm. In that case, the selected hog or boar will be found on the farm despite being of market weight.

Pigs are quite intelligent and sociable creatures that get along well with other pigs and most other animals on the farm. As such, they are often a good option for farmers with a small space and kids on the farm.

Hogs, on the other hand, tend to be erratic and unpredictable. They can be quite aggressive and, if left to their own devices, destructive towards agricultural crops and other farm resources.

It should be noted that, even though the main difference between a pig and a hog is their size, often their weight and age, some wild boars get just as heavy as domestic hogs.

In particular, wild hogs are particularly invasive animals and, in many cases, are hunted for their wild boar meat. Which some people believe is leaner and better tasting than the domesticated options.

Hunting wild boars or invasive wild pigs is a favorite pastime in countries where these animals are plentiful and can threaten native species or native wildlife and resources. In many cases, hunting them is regulated by the local wildlife service, just as hunting deer or most other wildlife is regulated.

Pigs and hogs belong to the same family. There are some subtle differences between them, but they are both the same kind of animal. These subtle differences, however, determine a great deal, especially when farming them and their commercial value. It’s important to learn those differences. This guide should help.