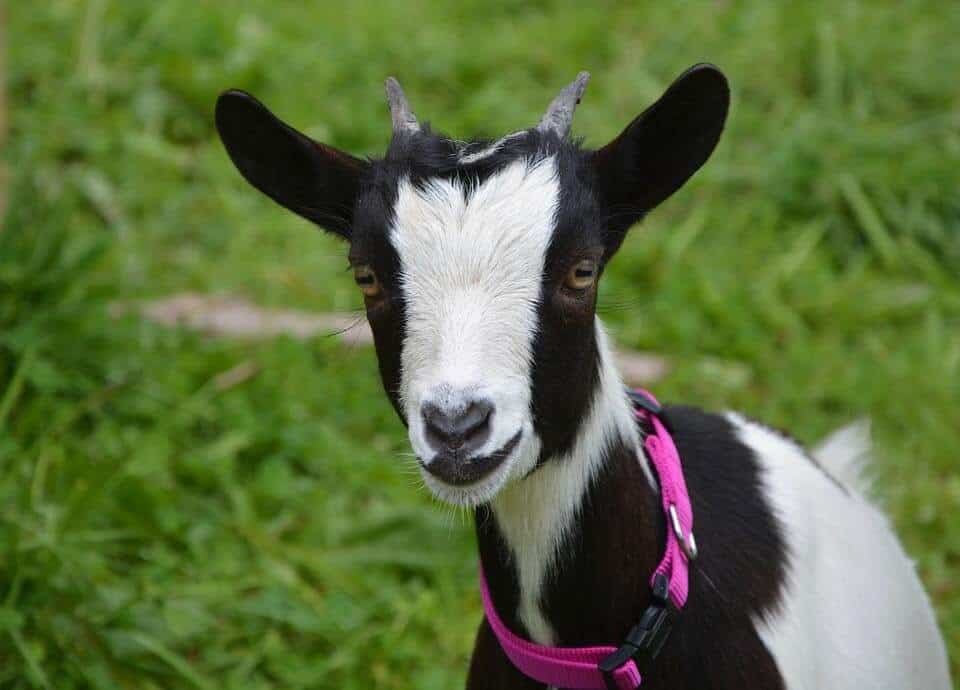 Here we explain how often do goats go into heat and the signs. As a goat keeper, knowing when goats are in heat will allow you to either get your does mounted, hopefully resulting in a bunch of young goats or kids, or keep the doe away from bucks if you don’t want them pregnant.

Some farmers don’t want their does to get pregnant — maybe because of their age or their traits — or at the very least, they don’t want theirs to get mounted by just any buck. This selective breeding can only be achieved if you know when your doe comes into estrus or heat. So, when and how often do goats go into heat, and how can you tell?

When Do Goats Go Into Heat?

There are factors to consider:

At What Age Do Goats Go Into Heat?

Depending on the goat breed, the onset of puberty, which is when they go into heat, typically occurs around the 6 to 8-month age period in does (female goats) and around the 4 to 6-month period in bucks (male goats). Does will be in heat from 14 – 48 hours.

Several factors come into play here and can affect the onset of puberty in goats. These factors include:

One of the biggest factors that all farmers must consider is the region where the goats live. For example, goats that live in temperate regions such as the continental US, goats born in spring can go through puberty at a much younger age than their counterparts in other regions. This is mostly due to their physiological maturity coinciding with the decreased day length.

This might sound like a good thing at first; your goats get to multiply sooner. However, it’s important to remember that even if they reach puberty early, some goat breeds, such as Pygmy goats, which can reach puberty in their third month, should only be bred once they reach at least 60% of their maturity weight. This is to ensure a higher conception rate and safe parturition.

Much larger goat breeds such as Nubian goats and Boer goats can be bred as soon as they reach the 154 lb mark.

Other goat breeds, such as the Angora goat, are considered outliers. While most goat breeds reach puberty at around 6 to 8 months of age and can be bred immediately as long as they have attained a safe weight, Angora goats can only be bred when they reach the 1½ – 2½ year mark.

In Which Season Do Goats Go Into Heat?

Like most things, goat breeding seasons depend on the breed and where the goats live. Goats are classified as seasonal breeders, meaning they only come into estrus seasonally as opposed to being in heat all year round. Many goat breeds only come into heat during the fall and are fall breeders

Most breeds of goats will come into heat from September through February.

How Often Do Goats Go Into Heat?

However, some breeds, such as the equatorial or desert breeds, come from generally hot climates that experience heat all year round. These are considered year-round breeders, meaning their estrus cycles come all year round. Many of these breeds are meat goats, such as:

Some farmers classify Nubian goats in this category even though they may not always cycle throughout the year.

There are other goat breeds that don’t originate from hot climates. Alpine goats, or Swiss breeds, typically come from cold-weather areas and are mostly dairy goats. Unlike their equatorial counterparts, these goats are seasonal breeders. This means that they experience their heat cycles at specific times within the year.

In many cases, this heat cycle comes around mid-summer and lasts through to the end of the year. These breeds include:

Regardless of the breed, however, during the breeding season, female goats will typically come into heat (estrus) for about 2 to 3 days. This commonly starts gradually, grows until it peaks, and then tapers off. The peak of this period is referred to as standing heat when a female goat will be receptive to a male goat or buck and can get pregnant.

After the third day, the heat wears off, and the female goat goes into what is known as the “estrus cycle,” which is the period between one estrus and the next. During the mating season, a goat’s estrus cycle can last anywhere from 17 to 25 days, with 19 days being the most typical range. Making sure you know the length of your doe’s estrus cycle is important for breeding purposes.

Signs Your Goat is in Heat

The thing about animals is that they are not typically subtle about their needs. When your doe is in heat, you and everyone around her will know it. Here are some signs that indicate goat heat in does.

The Doe Gets Noisy

Goats don’t typically make much noise; they aren’t like sheep. However, whenever a doe comes into heat, she will become a bit more vocal, depending on the breed. Breeds such as Nubian goats tend to be noisier than most other breeds. It’s not unusual for female goats to scream when in heat. If there are no bucks in sight, some does have been known to make the same noises as a buck in a rut.

A Decrease in Milk Production

In many cases, this is a clear sign that they are in heat. However, if this goes on for more than 3 days, it could indicate that they are unwell or getting sick and should see a vet.

A swollen vulva is a common sign of heat in many animals. In some goats, the swollen vulva will be very noticeable, and it might even get red. Pay close attention to your goat’s overall appearance, both when they are in heat and when they aren’t. This will make it easier for you to notice these subtle changes.

Those accustomed to raising goats will tell you that goats tend to wag their tails a lot. They do this even when they are eating. However, whenever a doe is in heat, this tail-wagging will be increased to several notches higher than usual. That increased wagging is called flagging and is often a good indicator that your goat is in estrus.

Reaction to Bucks and from Bucks

Your doe will be more receptive to a buck’s advances during standing heat. However, standing heat is at the peak of their estrus and isn’t always the norm. One way to tell if your doe is in heat is to watch how she behaves around nearby bucks. She will often rub herself against the buck and prance around when she isn’t in standing heat.

A simple test of whether the doe is in heat is to rub a rug on a buck, put it in a Ziploc bag and open it near a doe you suspect is in heat. If she is in heat, she will get excited by the smell.

You could also simply watch the buck whenever he’s around a doe in heat. For the most part, his behavior will change. In many cases, you will find that the buck will do the following to draw the doe’s attention:

Successful breeding in goats will lead to kidding after a gestation period of about 150 days. It’s often advisable to leave the doe with a buck for about two months. This is mostly because the doe will likely come into heat twice within that period, and successful mating doesn’t always happen on the first try. How Long are Goats Pregnant

How Old Does a Goat have to be to Breed

While female goats generally come into puberty between 6 – 8 months old and the bucks when they are around 6 months old, it’s best to breed goats when they are older. A buck should be at least a year old before using him to breed.

How Long Do Goats Live