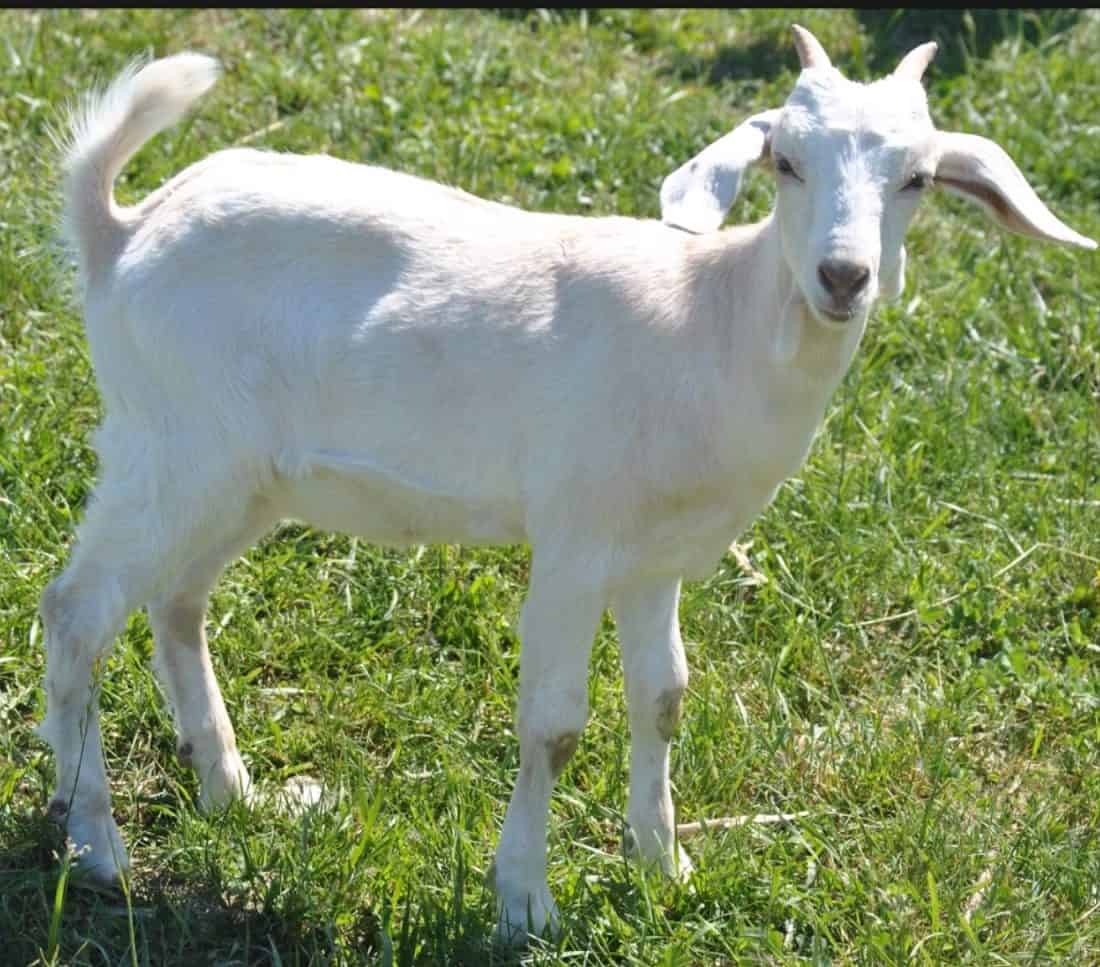 Are you looking for a new way to produce meat? Consider raising Kiko goats. While their primary purpose is meat production, you can get some milk from them as well. They are low maintenance and hardy.

Keep reading to learn about the Kiko goat and what it takes to raise this breed.

The Kiko goat is a crossbreed of goat with a New Zealand origin. The breed name Kiko comes from the Māori word for meat or flesh. Māori are indigenous Polynesians of mainland New Zealand.

It took a few generations, but the breeders were able to combine the hardiness of the feral goats with the size of the Anglo-Nubians.

There are no breed standards and no official goat shows. Parentage needs to be determined by DNA testing.

Kiko goats make great meat goats because of the hardiness of the feral goats. But the size from the Anglo-Nubians helps when it comes to milking and getting meat from the goat.

Kikos have been in the United States since the 1990s. They’re growing in popularity because of their hardiness, vigor, and uses for meat production.

Primarily a meat breed, some lines can produce a decent supply of milk as well. They were bred to withstand tough conditions and can bulk up quickly.

They do well in cold climates and will grow long coats to adapt.

They also do well in warm climates and can handle humidity and subtropical climates. For these reasons, they’re popular in the southern United States.

Kiko goats are naturally resistant to parasites which makes them a good choice for a backyard farm. There is less maintenance than with other goat breeds.

In addition, they reach slaughter weight quickly, typically within eight months. Because they reach market weight fast, they are ideal for small farms and homesteaders raising goats for profit or as a meat source.

They are excellent at clearing invasive species, weeds, and underbrush. They can improve pastures for cattle and sheep.

The appearance of Kiko goats is similar to other goats. They are white and sometimes brown. They have medium-to-large frames.

One important distinction is the bucks and does have horns. Bucks have long, twisted horns. This breed was developed from goat herds that survived without human intervention.

Other characteristics include ears that stand straight up and being able to forage. When you give them extra food, they can gain extra weight to prepare for meat production.

This breed is active and alert. They are foragers and with the ability to gain weight quickly, they mature early.

They can be friendly toward people especially when they have been used to human contact from when they were kids.

Kiko does have natural maternal instincts and make good mothers. They have been bred to not need assistance with kidding and nurse easily.

Since they can forage, you will need high fencing to keep them on your property. However, they can do well with other livestock in the same area, and they aren’t too aggressive.

Kikos have a natural parasite resistance. In particular, they show a resistance to barber pole worm.

If you don’t butcher them for meat, their lifespan is 8 to 12 years. They don’t require a lot of special care or maintenance, so you don’t need to spend a lot of time raising them.

Another important part deciding if you want to raise Kiko goats on your small farm is to learn about raising and caring for them.

As far as caring for livestock, you don’t need to do as much to raise them as some other animals. With enough land or pasture, they will do well alongside sheep. They are natural foragers.

You will need to figure how much space you have so that you can get the right number of goats. In general, you should have at least 200 square feet of outdoor space per animal. However, you may need more space if you will put the goats in a pasture so that they have room to graze.

Raising Kiko goats can be great because they have a sweet temperament. You shouldn’t have to worry about the goats acting up or getting aggressive.

Does are great with their kids, and the bucks can also be relatively calm.

Raising a Kiko goat for meat

You’ll likely get more money for goat meat raising Boers rather than Kikos. However, Kiko goat meat is higher priced than most other goat breeds. In addition, they are easy to raise, and you may incur less costs.

Kiko goats can breed all throughout the year, so you can have them mate whenever. Once a pair breed, the doe will give birth after the 155-day breeding/reproduction/gestation period.

Does can have up to two kids per year, so you can grow your herd of goats quickly. However, they may have more if they have twins or triplets. How Long are Goats Pregnant

On average, they can breed twice annually. Then, you can increase milk and meat production to help earn more money.

You can find a breeder to get your first male and female Kiko goat. Then, you can learn how to breed the goats yourself, or you can work with a breeder. Either way, breeding Kiko goats isn’t too difficult. You won’t have to wait until the next year before you can try breeding them again.

Breeding the goats yourself can help you add to your herd inexpensively.

Kids can get up and walk soon after birth, and they can reach market weight quickly.

If you want to increase your profits, raising Kiko goats can be a good investment. And with a long lifespan and good health, you can get multiple kids out of each generation ensuring a steady source of meat or income.

Another thing to consider when raising Kiko goats is their annual lactation period and how old they are when they produce milk. Kiko goats generally lactate for about five months per kidding.

Does can reach puberty when they’re 4 to 10 months old. That gives them plenty of time to reproduce and lactate with each reproduction period. Then, you can get more milk out of a doe during her lifespan.

The milk doesn’t contain as much butterfat as other goats, but milking Kiko goats can be simple. Kiko goat milk can be sweet, and the quality of the milk is good. However, the milk quantity isn’t going to be as high as dairy goats.

Are Kiko goats for you?

Kiko goats can be an excellent breed to raise, and they’re perfect for meat production. You can also raise them for milk and even as pets.

Their sweet personality and self-sufficiency make them easy to care for, so you can focus on other farm chores.

If you want to raise Kiko goats, you can find a breeder to get your first few goats. From there, you can learn how to breed the animals yourself to grow your farm, have a reliable meat source, and increase profits.