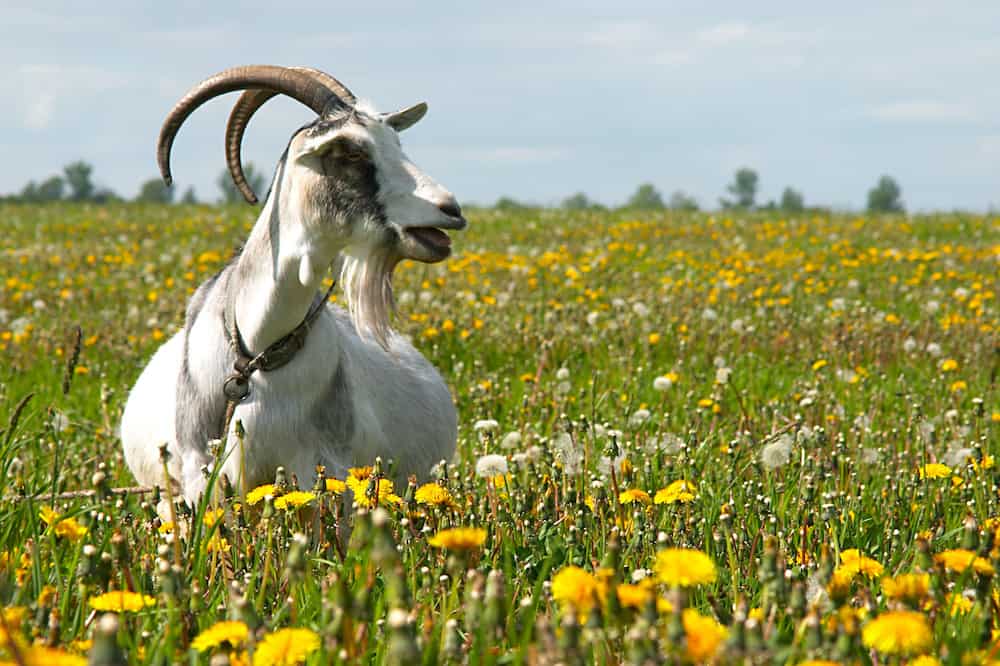 The gestation period of some animals is longer than others. Hence, if you’re keeping goats and planning on breeding them, it’s useful to know how long are goats pregnant.

Below, we share some important information on goat pregnancies, including answers to goat breeding age, when do goats breed, goat in heat, and how do you know if a goat is pregnant.

How Long Are Goats Pregnant?

Most goat species have a gestational period of around 150 days. Some goats are pregnant for longer, though. For example, the gestational period for the Toggenburg goat is up to 179 days. Before you start breeding goats, you should wait until they reach their suitable breeding age.

The recommended goat breeding age is pretty much the same, regardless of whether you’re talking about does or bucks.

Doelings, or female goats 12 months old or less, are physically capable of breeding from just four months old since that’s when they reach puberty and start ovulating. A doe reaches puberty when she exhibits her first heat (estrus) and ovulation.

However, since they weigh just about 80 pounds, they’re still very immature, and pregnancy this early on could put stress on their bodies.

Goats usually give birth to twins or triplets. The sheer weight of the pregnancy alone may be too much for a doeling’s legs, potentially requiring splints later in life.

Therefore, it’s better to separate any bucks you have from young does until they’re around a year old or weigh around 100 pounds.

At 100 pounds, you expect that their bodies are already developed enough to reproduce and to carry to term twins and triplets. It’s essential to ensure proper feeding before breeding by learning what goats eat.

A buckling, or a buck younger than 12 months, can weigh anywhere between 100 and 350 pounds. They reach puberty as early as four months old, and many believe that they’re fully grown at around five months.

Regarding goat reproduction, a six-month-old buckling can impregnate around 10 does in a month, and by 12 months, they can breed 30 does. Yet again, just because they can start breeding at four months, it doesn’t mean they should.

Most experts recommend that you let a buckling mature until it’s around a year old before you start breeding it.

A buck has the most significant genetic impact on a herd, so it’s best to wait until they’re at their fittest stage to ensure you’ll have kids with strong characteristics.

That said, you should also limit breeding even after your buck has fully grown.

At one year, a buck should service no more than 10 does at a time per month. When it reaches the age of two, you can increase it to 25 does, and from three years, he can breed up to 40 does at a time.

Therefore, the number of does a buck should breed would depend on his age, but you should also take his health into account. You also need to ensure that all of his nutritional needs are met at all times but especially preparing for the breeding season and during the mating period.

Being able to detect when goats are in heat is important. This is called heat detection. A goat in heat is the time in which the doe will stand and allow the buck to breed her. The time from one heat cycle to the next is called the estrous cycle. The estrous cycle for goats occurs every 21 days on average. This will vary according to goat breed, however. An Alpine goat cycles every 18 – 21 days. Alpine does can be in heat for a few hours to a couple of days.

Most goat breeds go into heat between September and February, and cycle every 18 – 22 days. Goats stay in heat for approximately 14 – 48 hours. 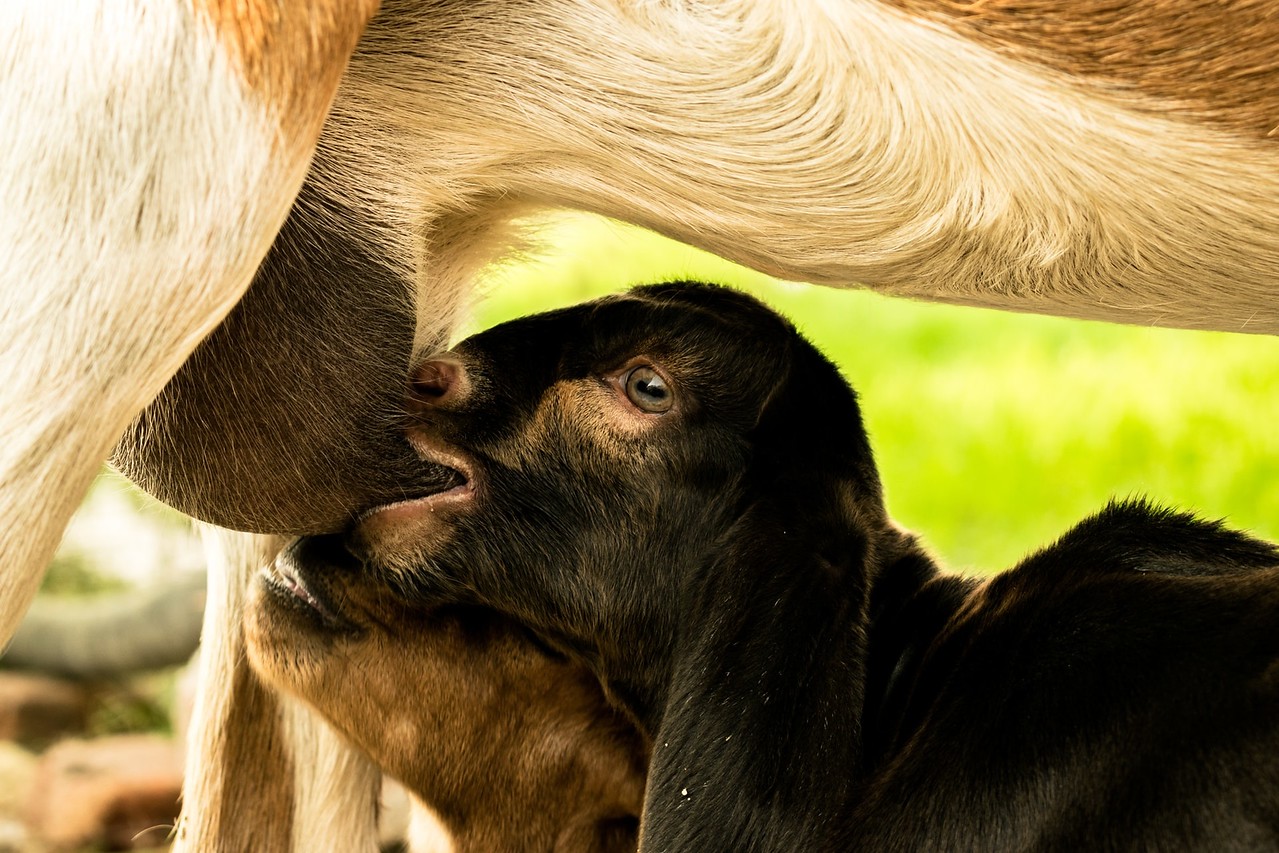 When Do Goats Breed?

It’s important to know when to breed goats. Technically, goats can breed between September and February, but you will find the greatest success during fall. Goat breeding season usually occurs in October and is commonly referred to as the “rut”.

The reason goats tend to breed seasonally is for their kids to be born in the spring. The season is the ideal time for many animals to give birth since it’s not too cold, and food is plentiful.

Some bucks come into rut later in the year, but these are usually the younger and weaker bucklings. Bucks usually have a higher sex drive and increased semen quality and volume during the fall due to shorter days.

Their endocrine system increases levels of sex and luteinizing hormones that aid the reproductive system.

As the days start to get longer again, the quantity and quality of the semen reduce, with a greater likelihood of producing abnormal cells.

Between September and February, you can expect to see your female goat in heat every 18 to 22 days, depending on the breed.

A goat in heat or on its estrous cycle will be on heat between one and three days.

How Do You Know if a Goat Is Pregnant?

It’s important to know if a goat is pregnant. You should be able to tell if your doe or doeling is pregnant at just two weeks since that’s when physical signs start to appear.

How Many Months Are Goats Pregnant?

Most species of does are pregnant from 145 to 152 days. In months, the 150-day average works out at five months. Does with longer gestational period can be pregnant for up to six-and-a-half months.

How Many Times Can a Goat Give Birth in a Year?

It is healthier and more natural for a goat to give birth once a year. In the wild, a doe would only continue (estrous) cycling if she doesn’t get pregnant.

If a doe were to fall pregnant very early in the season, September, for example, she would be due to give birth in February at the earliest.

But she still wouldn’t normally start cycling again until later that year, in the rut.

However, although we and other experts don’t recommend it for health reasons, some goats can give birth twice in 18 months.

Waiting for the Kids

So the answer to “How long are goats pregnant for?” isn’t quite as clear cut as you’d think since it can vary from breed to breed. Still, the gestation period for most species of goats is around 150 days.

Keep in mind that there are over 210 different breeds of goat in the world. Research goat breeds if you are interested in breeding them or raising them for milk or meat. In addition to goats breeding, there are many ways to go about raising goats for profit.