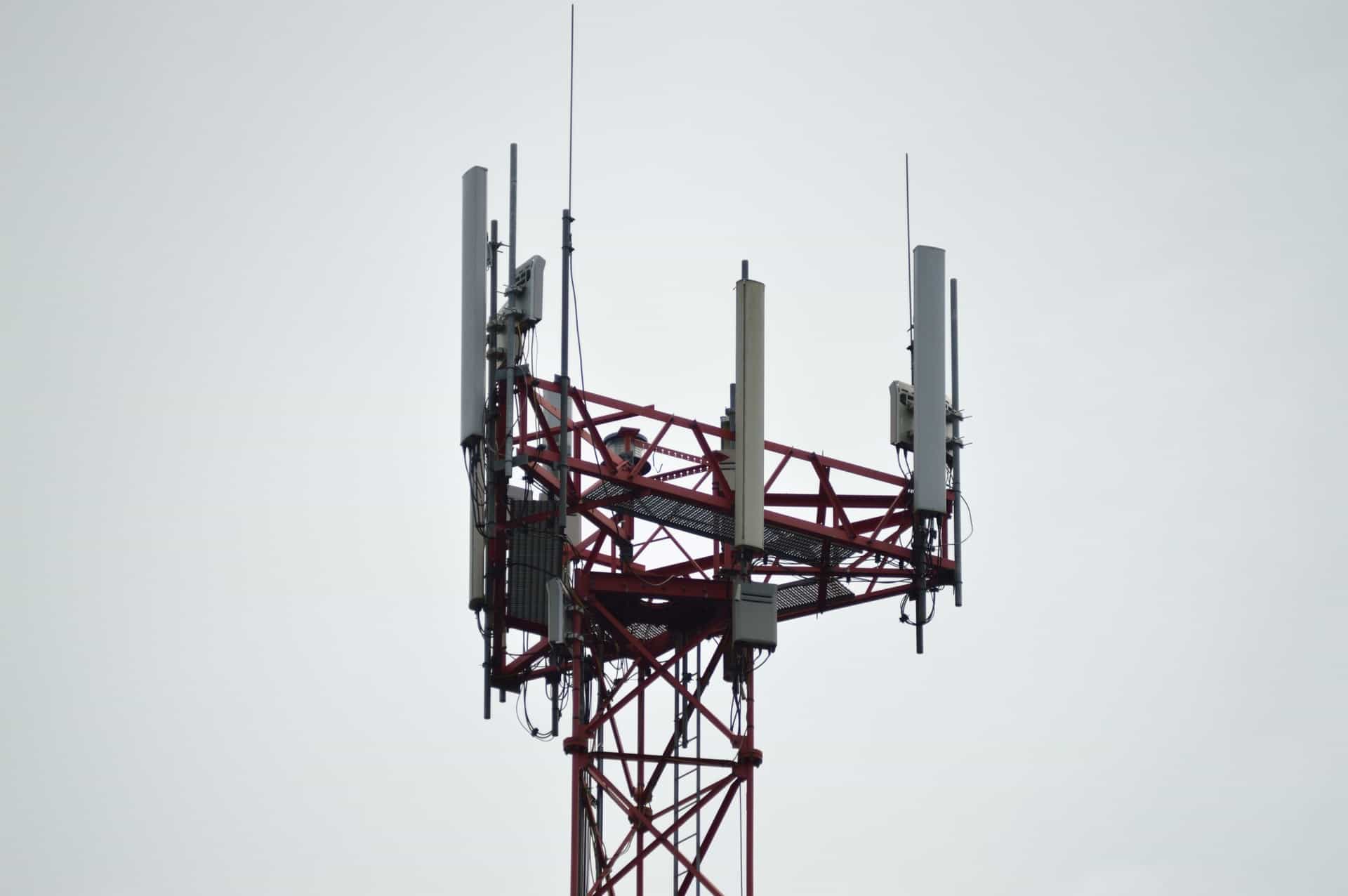 5g Dangers – Since the outbreak of Covid 19 there have been many conspiracy theories about its creation, evolution over time, and how it can be transmitted.

The most ludicrous of all is that the new 5G network is to blame and that the virus can be transmitted through the 5G signal.

Since this fake news hit the internet, almost three months ago, there have been a spate of cell towers being set alight in Europe, Canada and the U.S. in the mistaken belief that the perpetrator(s) have somehow eliminated the problem and stopped the spread of Corona Virus.

As we have just recently published a discussion about the future of 5G in a rural environment we thought it appropriate, and relevant, to dispel this ridiculous theory and prove why it is total “fake news” and should be ignored.

The first and obvious fact is that the corona virus is a physical entity.

It has mass, albeit it is infinitely small, and can only be seen clearly through an electron microscope.In the image below the Corona viral particles are coloured yellow as it emerges from the surface of a cell, which is coloured blue and pink.

A simple home test will prove this.

Take your cell phone, in fact take as many cell phones as you can, and put them in a box.

The box is only there to prevent accidental movement caused by wind blowing.

Next drop into the box, right next to the cell phone(s), the smallest grain of sand, sugar or even a dust or flour particle or whatever the lightest and smallest particle you can find.

Turn on your cell phone(s), and make a call or call them.

The sand/sugar/dust/flour will not move.

This completely dispels the fake news that the corona virus can be transmitted over radio waves, even with 100 or more cell phones.

Does 5G Cause Coronavirus

Coronavirus is active in countries which not only do not have 5G, they are not even geared up and ready for 5G.

A prime example is Iraq where the virus has taken a serious toll on the population, and yet 5G is not in any of the Provinces of Iraq.

The other claim that 5G was the route of the corona virus problem is based on the fact that close to the Wuhan laboratory, one of the areas that is under investigation as a potential place from where the virus leaked, is a new 5G cell tower.

This fact proves nothing other than pure coincidence. I’m sure that someone tripped and dropped something on floor in the same area, but that hasn’t been blamed for this outbreak.

The circumstances have absolutely no causal connection with one another.

Yet another fake news theory is that 5G compromises your immune system so that you can contract Covid 19.

This statement is nothing other than a further elaboration of a story that has been around since cell phones have been in existence.

The long term story is essentially that over-use of a cell phone can make you ill. Once again there is no pure evidence to support that statement.

It is true that some people have a certain sensitivity to holding a cell phone close to their head for a long time, and often complain of headaches after making a long call.

Is it the transmission or the fact that they have been concentrating for a long time which has subsequently caused “brain strain”?

Certainly there is no evidence to support that any damage has occurred.

Before we prove that the “compromised immune system” statement is nothing other than fake news, we need to just be a tiny bit “techy.”

In the electromagnetic spectrum, see the diagram below, there are two ranges of radiating frequency.

The ranges are “Non Ionizing” and “Ionizing” radiation. Ionizing radiation is the harmful upper end of the spectrum and is found at the very high frequency ranges.

Direct tissue damage happens when enough molecules are broken apart that the cells simply can no longer function as they should.

This can lead to radiation burns, radiation sickness, organ failure, and even death.

This is exactly why over exposure to UV light, for example in tanning salons, can not only damage your skin but also cause cancers.

Beyond the UV light we move into Xrays and Gamma rays both of which are lethal in excessive doses.

That is the end of the “techy bit.”

See the diagram below for detail.

The numbers in the axis show the frequency at each significant phase of the spectrum.

Indeed it shows that you are more likely to suffer from a “compromised immune system” by trying to operate your microwave with the door wide open (not that you can), or overusing the tanning salon, or even sitting out in the sun for too long, than you are by operating your cell phone at any cell phone frequency.

In summary, we have proven that you don’t need to listen to the negative and fake news being perpetuated through the internet about 5G.

Moreover, you need to think about embracing 5G and getting your provider to bring it to your location as soon as possible so that you can benefit from the advantages it will offer.

Telcosat Inc is based in Alberta Canada and is a designer and manufacturer of outdoor cell phone signal boosters as well as indoor Distributed Antenna Systems (DAS).

They have designed and installed cellular boosters for a large variety of rural and remote communities in Canada, the US, South America, and some African countries.