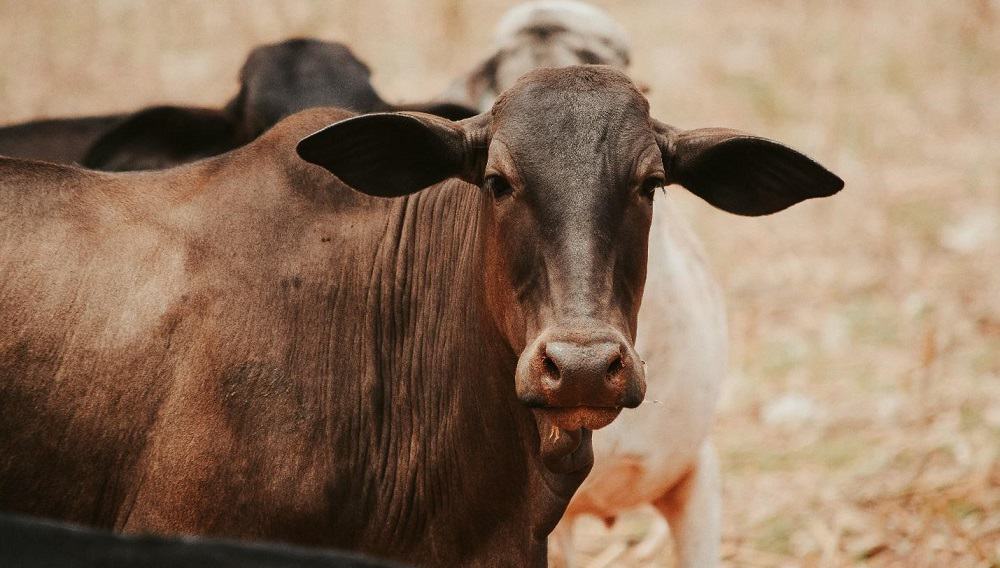 The Brown Swiss is a breed of dairy cattle in the United States. Cows produce milk that is high in butterfat. Over the centuries, Brown Swiss cattle have diverged from the original breed in many ways, but their main characteristic remains the same: They produce high quality milk.

If you have been thinking of adding a Brown Swiss cow to your backyard farm for milk or meat, you are in the right place. Here, we explore the advantages and disadvantages of owning Brown Swiss cattle.

Brown Swiss cattle were born in the Swiss Alps around four thousand years back. This breed originates from the traditional, triple-purpose Braunvieh cattle of Europe. These cows produced meat, milk and were used as draft animals.

An agriculturalist from Belmont, Massachusetts, transported Brown Swiss cattle, a Brown Swiss bull, and seven pregnant females into the U.S. in 1869. Then, 13 years later, people brought 19 cows into Wethersfield, Connecticut, and between 1882 and 1892, five additional imports occurred.

Over time, the Brown Swiss has lost some beef and draft capabilities.

What Are the Characteristics of Brown Swiss Cattle?

The Brown Swiss cow is usually some shade of gray or silver with a black muzzle, switch, and hooves. This breed has strong legs and structural correctness, making it an excellent choice for a dairy farm. A brown Swiss has a very docile temperament and a long lifespan.

This multipurpose animal can produce milk, meat, and draft power. Its coat color varies from light silver to dark brown, and you should report any spots or blemishes to the breed association. Brown Swiss cows have big, expressive eyes and a thick, rugged hide.

An average female weighs approximately 1,200 pounds, while a male can reach up to two thousand pounds. This breed is large in size and while similar to a Holstein, the Brown Swiss are typically bigger boned.

What Are the Advantages of Brown Swiss Cattle?

A breed that has been around for centuries, Brown Swiss cattle are considered a good choice for dairy farms. Farmers like them for their obedience. They can stay in the milking herd longer than other breeds. These cows are more resistant to disease and have a very low mortality rate than other dairy breeds, and they’re extremely versatile. You can use them for beef and dairy.

Another advantage of raising Brown Swiss cattle is their calm and gentle disposition. You can handle them, and they are also very soft and will not butt or be aggressive unless provoked.

There are many different reasons why you should breed Brown Swiss. Their prolific milk production and milk yield are second to none with an ideal butterfat-to-protein ratio. The breed is also adaptable to feed availability, and their milk remains fresh and consistent throughout lactation, making them a good choice for dairy farms.

The Brown Swiss is the second most productive breed of dairy cattle after Holstein, averaging 7080 kg per cow.

What Are the Disadvantages of Brown Swiss Cattle?

The breed has few problems. Brown Swiss cattle are prolific breeders with healthy udders. Their calves are more challenging to get started on buckets, and the species is also known for not eating when they’re hungry.

Conception might be a problem, as with all dairy breeds, but genetic testing is addressing this issue.

How Much Milk Does a Brown Swiss Cattle Produce?

A Brown Swiss cow produces approximately 46 pounds of milk per day. As mentioned, it is known for its high butterfat-to-protein ratio, which affects cheese flavor and texture. Some farmers use milk produced by these cattle to make up to 170,000 pounds of cheddar per year.

For backyard farms, this can be a lot of milk per female cow. You may want to consider a breed that produces less milk such as a Scottish Highland cattle which will produce around 2 gallons per day. However, if you want to start with the goal of having a large dairy farm, this breed can be ideal, especially for beginners because the animals are so gentle.

This breed originates from Switzerland and evolved into several subspecies across 60 countries. Among them, the Brown Swiss is the oldest dairy breed globally, with bones dating back to 4,000 B.C.

The brown color of the cattle varies in tone, from a silvery gray to a deep, dark brown. The brown patches on the cows’ muzzle, switch, and hooves are typically black. This large breed is used extensively in beef crossbreeding programs and is one of the most popular dairy cattle types in the United States. If you are interested in raising a herd of Brown Swiss cattle, it is well worth the investment.

How Much Does a Brown Swiss Calf Cost?

When it comes to buying a cow, the Brown Swiss is a popular choice. The cost of a day-old calf is somewhere around $50 to $70 since you have to feed him from scratch. A six-month-old calf’s price range is around $650 to $750. The breed has been cultivated for over 1700 years, and its calving price varies.

What Are Brown Swiss Cattle Known For?

Compared to other dairy breeds, Brown Swiss are known for their unassertive temperament and their high protein-to-fat ratio in their milk. They are often called “gentle giants” because of their large size, kind disposition, and high milk production.

The Brown Swiss is the oldest dairy cow in the world. Brought to the United States by Henry M. Clark in 1869, today, the breed is the one of most popular dairy breeds in the United States. These cows have adapted well to life in harsh environments with proper shelter and enough land to forage. Their milk is rich, plentiful, and worth the investment.

Brown Swiss cattle are a unique breed of cattle that originated in the Alpine region of Europe. They are known for their high-quality milk production, and they are also a popular choice for beef production. Brown Swiss cattle are a hardy breed and are able to tolerate cold weather and high altitudes. They are also known for their docile temperament and their ability to withstand long periods of travel. This dairy breed is popular with farmers because it is a good all-around cow.

If you haven’t raised dairy cows before, you may want to start small with smaller breeds and expand from there. Brown Swiss are heavy milkers. Consider starting with mini milking cows first. There are many miniature cattle breeds that suitable for a small farm.

Learn about taking care of cows, what does clover do to cattle and the advantages of erecting a cattle shed.