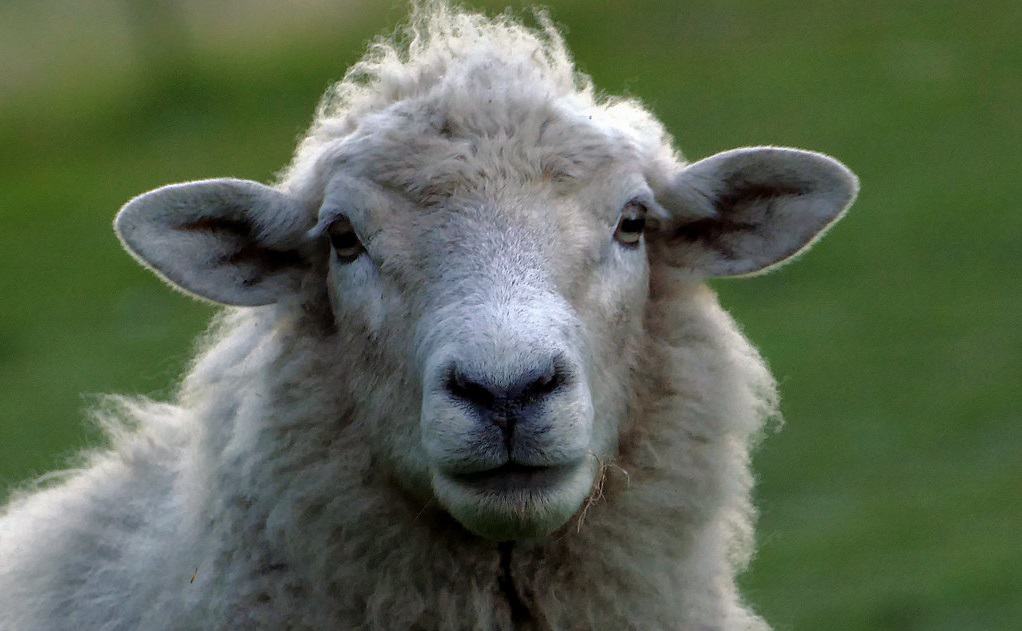 It might sound strange to many city folks, but learning how to milk a sheep can be a highly profitable skill to acquire. While there are many different kinds of milk today, from almond milk to hemp milk and even coconut milk, the original milk trio came from cows, goats, and dairy sheep.

For about 10,000 years, people have been milking sheep, goats, and cows. Out of these three, sheep’s milk is the most nutritious. It has a higher percentage of fat, protein, and solids, and it’s also better for cheese production than cow or goat milk.

There’s a good chance that your favorite ice cream and yogurt might be made out of sheep milk, as most of the best brands use this high-quality option. For these reasons and many others, sheep’s milk is rarely consumed as fluid.

Sheep milk cheese is so popular that most of what is consumed in the United States is imported. That’s not only because there’s a great deal of demand for it (which there is) but also because dairy sheep aren’t as widely spread in the US as they are in most of the world, especially the Middle East. Camel milk also plays a big role in some parts of the world.

If you are a sheep farmer keen on improving your sheep dairying side of the business, learning how to care for and milk a sheep is necessary. Many advantages come with the practice. With that in mind, here are some tips on how to milk a sheep.

How to Milk a Sheep

There are two main ways of milking sheep:

The method you choose depends on a number of things, but it mostly comes down to the size of your dairy farm and your financial capability, as the milking machines aren’t cheap or easy to maintain.

Yes, the hand movement and necessary strength are similar in many aspects, but there are quite a few differences regarding hand-milking a dairy cow, a dairy goat, and a dairy sheep. Hand-milking a sheep is very close to hand-milking a dwarf goat such as Nigerian dwarf goats.

Note: Sheep udders tend to get very greasy. No matter how much you try to wipe them dry or clean them, that grease will build up again. Using baby wipes is advisable to keep the build-up to a bare minimum.

Whenever milking sheep, you will have to punch up into the udder. This is because the sheep’s teat doesn’t hold much milk in it, and the punching up is an attempt to catch the milk in the udder before you squeeze it out through the teat. Without doing this, you will be milking for a long time with minimal results.

Now, if you are ready to punch up assertively, here are the steps and tips on how to milk a sheep by hand.

Start by gathering the essentials. These include:

Once you have all the essentials, get the specific ewe (female sheep) to be milked. It’s advisable to find ways to keep her immobile when milking. You can do this by placing her head in a head gate or tying her to a post in the milking area.

2. Clean and Milk Each Teat Into a Small Cup

The milk quality is what matters most here. If the sheep milk happens to be yellow in color, is too lumpy or has traces of blood, then your dairy ewe might be suffering from mastitis and may need medical attention.

There are two ways to do this:

Straddling the sheep is often more ergonomically sound, allowing you to exert more pressure on the udders and teats.

Once you have found a comfortable position, pull the ewe’s udders back between her legs. This punching up allows you to get a feel for where the milk is so you can squeeze it out.

If you take the time to observe lambs feeding, you will see that they often bash the udders in with their forehead. This is in an attempt to find and squeeze the milk out. You need to do the same thing.

Developing a feel for where the milk is in the udder is something that comes through lots of trial and error. Once you find a rhythm that works, keep milking until the udder is almost empty. The milk production, or milk yield, will dwindle as you keep milking.

The collected milk should then be strained and chilled immediately. This will keep bacteria from growing in the milk and make it go bad. You should also clean everything used in the milking process and store it well in readiness for the next milking session.

Failing to do this could give bacteria a chance to grow within the apparatus, meaning that the milk from the next milking session could go bad almost immediately.

With its high fat content, sheep milk is vulnerable to attack by many lurking bacteria. Wash all equipment with acid boiling water or caustic cleaner, and then rinse with clean chlorinated water.

Hand milking sheep can be challenging, especially if you have several ewes lambing simultaneously. During this lactation period, they produce a great deal of milk.

Depending on the specific sheep breed, a single ewe can produce up to 18 gallons a day. Imagine how much work you would have to do if you were milking by hand.

A milking machine will be the best option if you have a sizeable sheep farm with a reasonable number of lambing ewes or dairy sheep at any given time. Of course, some drawbacks come with using a sheep milking machine:

You need to learn how to use the machine yourself. However, once you have it all figured out, depending on the specific machine, milking your sheep will be a piece of cake.

As stated, sheep’s milk is more nutritious than cow’s milk. It’s hardly ever drunk in liquid form, and sheep milk does contain lactose. Instead, sheep cheese, sheep milk yogurt, and sheep milk ice cream are some of the best sheep milk products on the market. The composition of sheep milk is:

In particular, sheep milk cheese is popular to make:

Whether looking at milk or meat, the sheep production rate will depend on the animal’s health and how well you care for the livestock on your farm. It also comes down to the particular sheep breed you choose.

While it is true that, technically, any sheep breed ewe can be milked, some dairy breeds are just more suited for sheep dairy than others. These sheep have a high milk production rate:

Apart from having better milk fat content and fatty acids, sheep’s milk is also one of the few products many people with lactose intolerance can safely consume. (Check with your health professional.) In some cases, people who have issues with goat or even cow’s milk have found that sheep milk doesn’t cause any health concerns.

Dairy sheep were introduced to the United States in the late 1980’s in Wisconsin and have been gaining in popularity. Purebreed or high percentage dairy ewes produce more milk than non-dairy breeds but cost more. Dairy sheep have a milk production span of 5 – 7 years. They also produce 3 – 10 pounds of wool per year.

How Many Times a Day Do You Have to Milk Sheep

Sheep need to be milked once or twice a day. Some flock owners don’t milk ewes until their lambs are weaned. This is when the lambs are between 1 – 2 months old.

Sheep farmers can expect to be able to milk 85% – 90% of the ewes they bred. The remaining ewes won’t be able to be milked due to issues with breeding, lambing, or mastitis.

If you are interested in year round milking, you can separate the ewes into two groups: fall lambing and winter lambing. In this way, you can milk less sheep per day and have a steady supply of milk throughout the year.

Learning How to Milk a Sheep

Yes, you can milk a sheep! Milk is one of the reasons and benefits of keeping dairy sheep on your farm. Milking them by hand might be a little challenging, but it can also be a great deal of fun and a wonderful source of information on how to handle farm animals if you have young children on the farm. You can sell the milk or use it to make cheese, yogurt, sheep milk ice cream, etc.

The tips highlighted above should help you milk your ewes efficiently. However, it should be noted that this can only be mastered with enough practice, as sheep teats aren’t quite the same as goat or cow teats.

How many sheep to raise per acre

How to Shear a Sheep