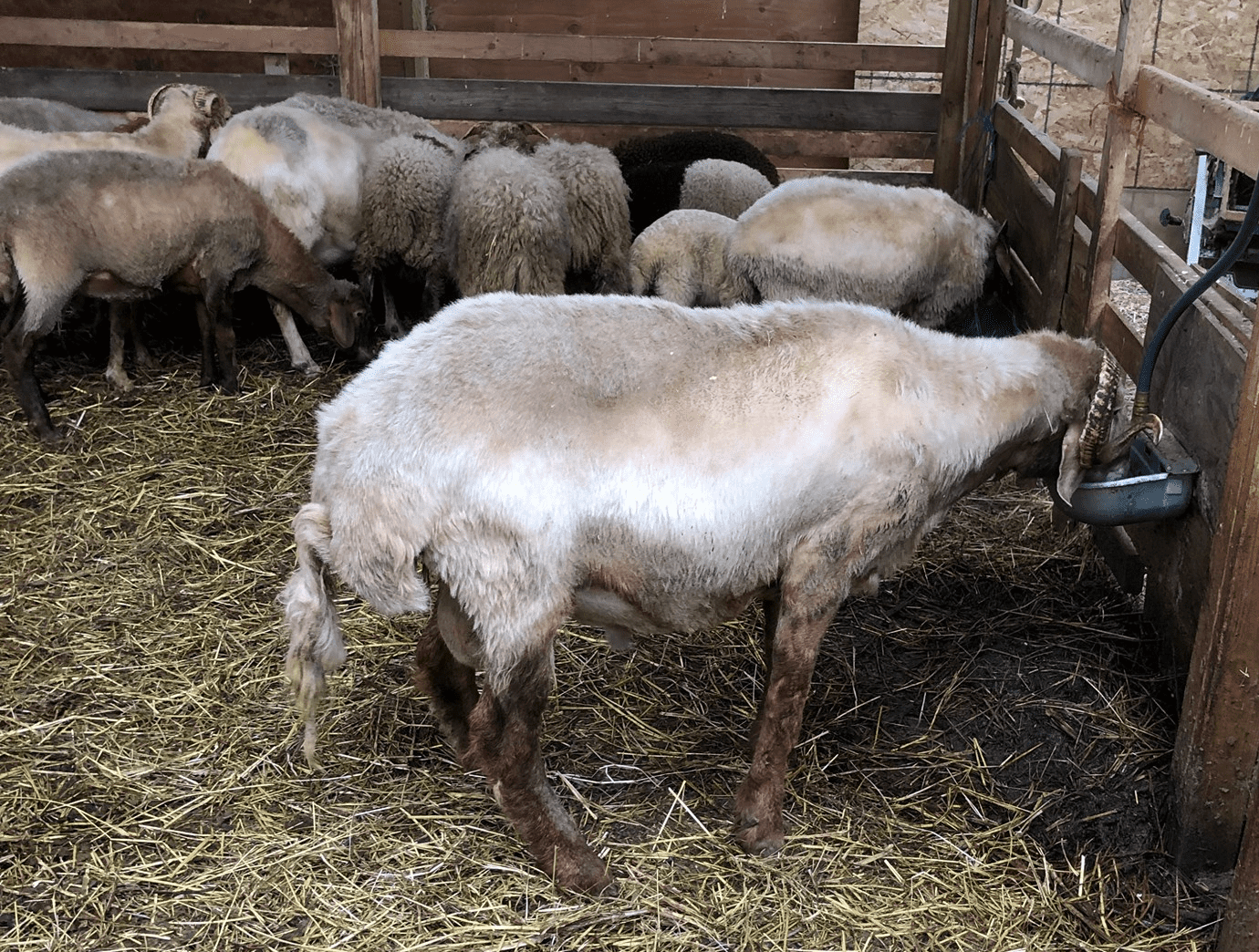 Even though the American Sheep Industry Association only recognizes 47 different breeds of sheep in the country, there are about 1,000 worldwide. The fat tailed sheep represent about 25% of the world’s sheep population.

The fat tailed sheep is as unique as its name sounds. Unlike the thin-tailed European sheep, these sheep have a distinctive fat tail that makes up almost 15% of the animal’s body weight.

It should be noted that, naturally, all wild sheep are thin tailed sheep, like the European sheep. The fat tailed sheep breed came about due to specific animal science and selective breeding. Let’s take a quick look at this strange looking fat tailed sheep, some sheep breeds with fat tails, and why it’s so popular around the globe.

Even though it’s not exactly known when the fat tailed sheep breed came about, one thing is for sure; it has been around for thousands of years. The very first records of sheep with massive tails can be found in ancient Uruk (3000 BC) and Ur (2400 BC). References to these sheep can even be found in the Bible in Exodus 29:22 as well as Leviticus 3:9, where tail fat is called Alya, and it’s described as part of a sacrificial offering.

The fat tailed sheep is a domestic breed of sheep that is characterized by a massively fat tail. The historian Herodotus once wrote in the 5th century BC that there were sheep breeds in Asia Minor that had tails so fat, they were 18 inches wide. He went on to say that some sheep’s tails were so fat and long that farmers had to craft little carts to help the sheep carry such massive tails around.

While there have been several anecdotes about farmers making little carts for their fat tailed sheep in Turkey, there really aren’t any immediate images or pieces of evidence available to confirm that information.

What is certain, however, is that some fat tailed sheep varieties, such as the Awassi breed, which can be found predominantly in Syria, Iraq, and Lebanon, have such massive tails that they can reach 12 inches in width and just shy of that mark in length.

Fat tailed sheep in USA are less common than in the eastern hemisphere. This type of tail trait in sheep is most commonly found in:

As mentioned, it’s believed that this fat tail in sheep isn’t exactly a natural occurrence, as all wild sheep tend to have thinner tails. This unique feature was created through selective breeding as humans found ways to concentrate the sheep’s subcutaneous fat in its tail. This was done to make fat harvesting easier. The fat is used in most cuisines in the Middle East and Northern Africa.

As the name suggests, the first thing you will most probably notice is the sheep’s fat tail. While the size and shape of the fat tails vary, they are mostly much bigger than normal. In some cases, fat tailed rams can have tails weighing over 26 lbs.

There are two main categories of fat tailed sheep. Those that have a:

A good majority of all fat tailed sheep breeds have broad fat tails. The tail fat in these sheep is accumulated in baggy deposits around the sheep’s rump. Which often gives them the nickname “fat rumped sheep.” These sheep have massive fat deposition on both sides of the tail as well as the first 3 – 5 vertebrae.

On the other hand, the long tailed sheep has fat deposits on the tail itself. In this breed of sheep, this tail can sometimes grow so big that it drags on the ground as the sheep walks. In many cases, this can and does hinder mating.

The shape of the tail can be used to distinguish between the different fat -tailed sheep breeds:

Fat tailed sheep found in Central Asia, such as Mongolian sheep, tend to have much shorter tails than those found in the Middle East. These tails, however, are just as fatty and look like little pillows.

These sheep can have a wide variety of colors, with the predominant colors being white and brown. The Blackhead Persian has a black head, as the name suggests, and the Damara sheep, which has a long fat tail, combines colors. It’s not uncommon to find some white sheep with brown spots and some with black ones.

If left unchecked in ewes, the fat tail can hinder mating. If, however, the farmer is diligent with fat harvesting in the ewes, estrus and lambing in fat tailed sheep are not different from other sheep breeds. For the most part, however, ewes give birth to one or two lambs at a time.

Let’s say, for example, that you aren’t entirely interested in using the tail fat of these sheep as cooking fat (that is the primary reason why these sheep were bred in ancient times) and are looking for different reasons why you should raise these sheep. Here are some excellent advantages to having them on your farm.

Other breeds, such as the Blackhead Persian sheep, are dual-purpose and produce a good amount of milk and meat.

Even though they might seem strange to people accustomed to thin tailed sheep, fat-tailed sheep are a popular sheep breed for several reasons. Not only are they wonderful at milk production, but their meat is full of flavor, and the tail fat has many uses in the kitchen.

Does the tail fat of fat tailed sheep have any nutritional value?

Yes, the tail fat of fat tailed sheep has been compared to butter or bacon fat. It’s full of protein, carbs, and fat.

Yes, lamb meat is a highly valued delicacy around the globe. Fat tailed lambs produce excellent meat with Vitamin B12, zinc, selenium, and Vitamin B3, which are all great for your health.

Yes, tail fat is still a highly regarded delicacy and cooking fat in some parts of the world. This fat is mostly used in the Middle East and North Africa. Its popularity is waning as more and more people choose olive oil and other processed cooking oils over tallow.

Fat-Tailed Sheep for Your Farm

Learn more about raising sheep for meat and milk and how profitable it can be. Raising the best farm animals for your property is a way to have a steady supply of meat and/or milk. If you raise fat-tailed sheep, you will have the added benefit of the tail fat.

Learn how many sheep per acre you can keep in your flock to have healthy animals. Having good conditions for sheep will impact how long sheep live.