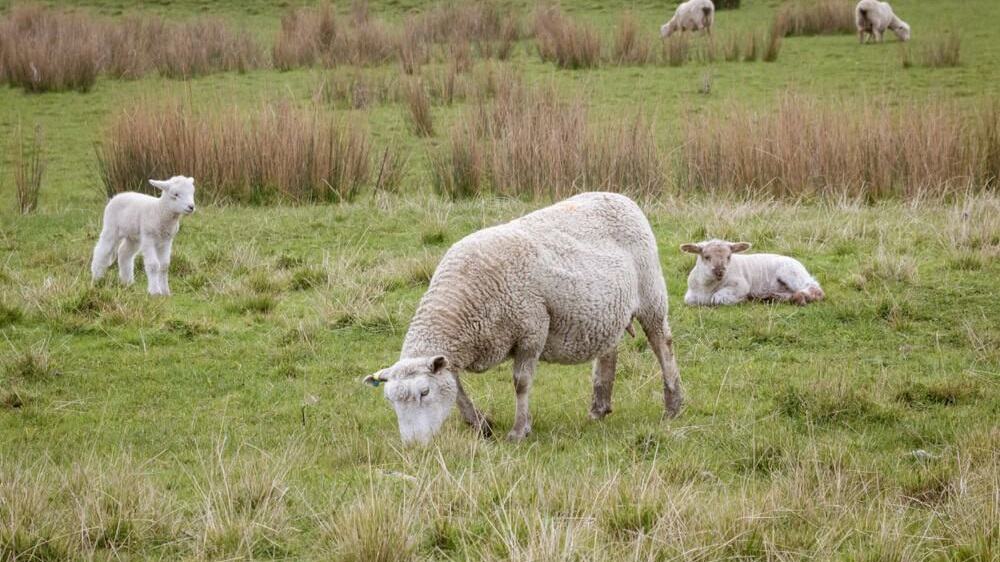 As a sheep farmer, there’s a good chance that you want your sheep flock to grow in numbers for one reason or another. As such, asking yourself questions such as “how long are sheep pregnant?” and “how do I know when my sheep are pregnant?” is absolutely normal.

The thing about sheep is that they tend to have extremely predictable breeding cycles and lambing seasons. In their natural state, sheep always look to give birth during a period favorable to lamb survival. Unfortunately, in some sheep breeds, due to selective breeding, this natural lambing cycle has been altered for one reason or another. This is often done through the use of hormones or via natural processes that the farmer controls.

Whether you are looking to raise sheep for milk production, meat, or wool, there’s a good chance that having more sheep on your farm would be more profitable for you. Learning when sheep reach sexual maturity, how long sheep are pregnant, and how to tell when they are in heat is valuable knowledge.

How Long Are Sheep Pregnant

On average, a sheep’s gestation period (the period within which they are pregnant until they give birth) is 147 days. That’s about 5 months. That’s an average because some outliers have a longer and shorter gestation period. Certain factors affect this gestation period, either shortening or lengthening it. Some of the most common factors include:

While the typical gestation period for sheep is 147 days, it can be anywhere from 144 to 152 days. These days are counted from the very first day of mating. Of course, just because a ewe has mated with a ram (male sheep) doesn’t always mean she’s pregnant.

You can look out for certain signs to tell if your ewe is pregnant (more on that a little later). The gestation period often tends to be much shorter if the ewe carries more than one lamb. If this is the case and all the lambs are born successfully, there’s often a 15-minute rest time between each birth.

How to Tell When Your Sheep Are in Heat

Sheep are seasonal breeders, which means they are not always in heat or estrus. Unfortunately, the process of getting a ewe pregnant requires it to be in estrus (heat) if it is to be receptive towards the ram and have a good chance of achieving pregnancy.

Simply introducing a ram to the ewe flock won’t always do the trick, as the mature ewes need to be in heat if they are to be mounted.

Although there is something known as the “ram effect,” which is essentially the art of tricking or stimulating non-cycling (that are not in their estrus cycle or natural heat season) mature ewes into ovulating and coming into heat. This is done by introducing a novel ram to the ewe flock.

The way this works is that the introduced ram produces hormones called pheromones. The ewes are sensitive to these pheromones, and once they come into contact with the ram or even smell the pheromones, their reproductive cycle kicks into gear.

In many cases, the ram effect is a natural way of bringing about the breeding season earlier or sooner than it typically comes around. It should be noted, however, that the ram effect works best when there are no rams or male lambs within the flock.

For this ram effect to work, the mature ewe flock must go without rams or male sheep of any kind for at least 28 days.

So, how can you tell when your ewes are in heat? Here are some signs to look out for:

This kind of ruttiness in ewes will last for about 27 hours but can be much shorter depending on the ewe’s age and a host of other factors such as environment, breed and season.

Following this ruttiness, there’s often a period called the “breeding rest” period where the ewes aren’t receptive to rams. This period typically lasts for around 14 to 19 days, and then the cycle repeats itself.

How to Tell When Your Sheep Are Pregnant

Factors that affect when ewes reach puberty are breed, nutrition, and date of birth. Sheep typically reach puberty when they turn 5 months, with most ewe lambs exhibiting estrus from their 5th through to their 12th month. Even though sheep are ready for mating at this age, ewe lambs ideally shouldn’t be bred until they reach 70% of their mature ewe size, depending on the breed.

After breeding, there’s always a good chance that you will have some pregnant ewes or pregnant sheep within the flock. These sheep might need more of your attention as the pregnancy progresses. As such, it’s important to know how to identify which ewes are pregnant and which ones aren’t.

Signs of pregnant ewes are:

This is one of the oldest ways of telling if an animal is pregnant. Although, when it comes to sheep, it really isn’t the most reliable method. At least not until the final or 5th month of pregnancy. The ewe’s body condition might change slightly before then, but the lambs do most of their growing in the fifth month.

At this time, it will be unmistakable how big your ewe gets. If you look at it head-on, you will see that its belly has expanded and attained an egg shape.

If you are a commercial sheep farmer, the most reliable way to tell if any of your ewes are pregnant is to simply have them scanned by a vet. Scanning should be done relatively early in the pregnancy. This allows the vet to see the individual embryo sacks and tell you just how many potential lambs there are in there. This, however, shouldn’t be used as a confirmation of impending multiple births by individual ewes as they may still lose the lambs before their due date.

Ewe udders tend to be held quite close to the body. Once you notice a nipple or two hanging lower than usual, it’s a good sign that the sheep might be pregnant. As the pregnancy progresses, you will begin to notice that the wool around the udder is shedding. This is in preparation for suckling lambs.

Colostrum is thick, yellowish milk that looks like pus but is full of antibodies that the lamb or lambs need to get the best start to a healthy life. Colostrum has been known to make weak lambs stronger the more they take it.

Ewes will begin to produce colostrum about 10 days before lambing or giving birth. The only way to know this is to try and milk the ewe. You will know it is colostrum as soon as you see it. Although it looks like puss, don’t be alarmed. It’s exactly what newborn lambs need.

If you aren’t as confident about confirming the pregnancy status of your ewe flock, it’s always a good idea to get a second opinion from a professional vet. That being said, these are some of the most obvious signs of pregnancy in sheep. Ewes are pregnant from 144 – 152 days. Ouessant sheep, a small breed of sheep, have a gestation period of 149 days – 155 days.

Learn more about raising a healthy flock of sheep. Learn about raising lamb vs sheep and how to care for them so they have a productive life. If you raise dairy sheep, you may want to let the lambs nurse with their mother and then milk the ewes after the lambs have weaned.

How Long Do Sheep Live

How Many Sheep Per Acre

Learn How to Shear a Sheep