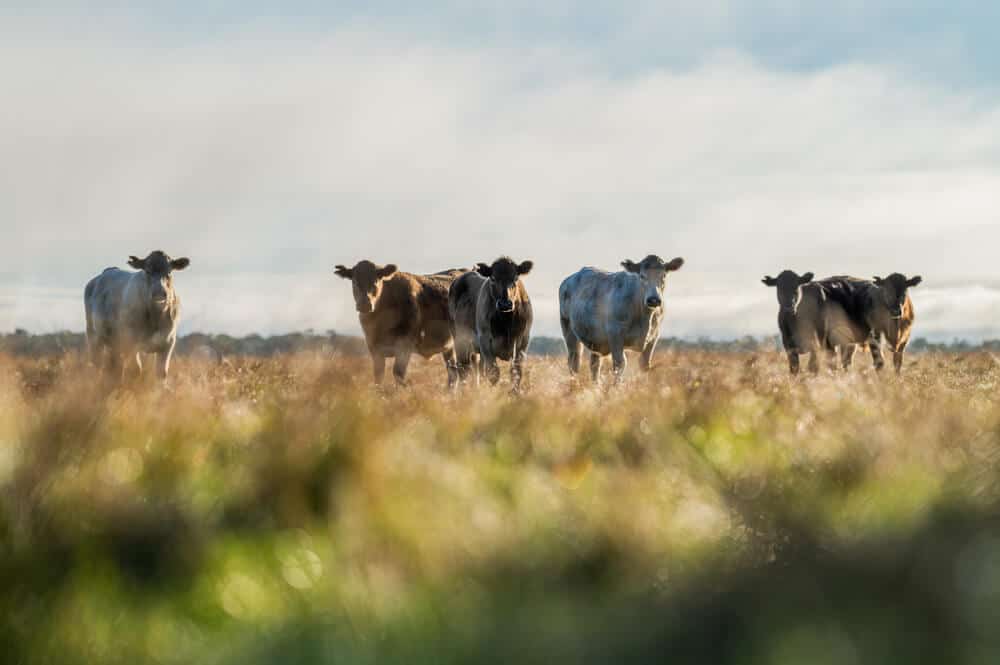 What is herding cattle? Depending on who you ask, it could be all about the gentle movement of cows from one pasture to another. Or it could be a chaotic experience that comes with lost cows, exhausted cowboys, and a throbbing headache.

Like most things that have been around for thousands of years, there are different ways of herding cattle. The technique you use will determine the kind of experience you have. Here are some tips to learn how to herd cattle that should help.

The Art of Herding Cattle

Herding cattle can be likened to synchronized dancing. While the term can conjure up images of chaotic cattle runs and electric rods, the truth is that, if done correctly, it’s mostly about quiet, synchronized movements.

So, what is herding cattle? This is simply the art of gathering and moving cattle from pastures. For several reasons, cowboys often need to move cows from pasture to pasture or from pasture to holding pens. In many cases, it’s for rotational or for husbandry purposes.

Herding is a practice that began thousands of years ago. About 10,000 years ago, man realized that it was easier to domesticate and herd animals than to constantly chase after them during dangerous hunts. By herding animals such as cows, sheep, and goats, they would have a constant and easily accessible supply of milk, meat, and hide.

It helps that most animals already travel and live together in herds. Domesticated animals such as sheep, goats, and cows have already moved from pasture to pasture in herds. They mostly live together this way to protect themselves against predators. These animals also naturally herd themselves from exhausted pastures to fertile pastures.

That’s one of the main reasons herding cattle is more of a synchronized dance than a forceful act; these animals instinctively have it in them to move in herds. The only difference is that you will direct them instead of letting them find their own way.

As is the case with most skill-based activities in this world, those who have mastered them have specific names. Herders who specialize in a specific kind of livestock have titles such as:

In many cases, herders use horses and herding dogs to help them keep control of the herd. Some of the most prolific herding dogs have been bred for that specific purpose. They know how to respond to the cowboy’s whistle signals and other commands. In the United States, cowboys herd cattle using cattle dogs such as Border Collies, while in Australia, they use Australian Cattle dogs.

These dogs have been used for decades to keep large herds of cattle together in large pastures. In many cases, these dogs are so efficient that they sometimes enter herding competitions. In these competitions, the dogs are timed and required to move cattle into specific enclosures, overcoming a number of obstacles such as fences and gates.

Larger dogs are often used for much more than just herding cattle. Herders also use them to protect livestock. In South Africa, ranchers use large dogs such as Anatolians to protect their herds against predators such as lions and leopards.

How to Herd Cattle

As mentioned, there are several techniques used in herding cattle. Every region has its preferred methods, but they all follow the same basic principles. Use these tips for herding cattle:

Pasture sizes tend to run into the hundreds of acres, much larger than 1,000 acres. It’s easy to see why finding the herd should be the number one priority for herding. When dealing with large pastures, herders tend to graze animals in zones. You should, therefore, have a general idea of where the herd will be at any given time of year.

However, this doesn’t mean they will be easy to locate. If the pasture is particularly large and has rough terrain, locating the herd might take days. That’s why most herders prefer to try and locate the herd on horseback and use cattle dogs. This makes the process faster and less tiring for the handlers.

There are, however, several tracking techniques you could employ. These include:

In the most advanced ranches, ranchers even use drones when necessary.

There’s a fight or flight instinct in every living creature. For cattle, the flight instinct is often easier to initiate than the fight option. That’s why herders need to master the art of moving slowly and calmly when moving cattle from one pasture to another.

If you make a lot of noise and move too fast, the cattle will perceive you as a threat and take flight, which could lead to a stampede and injuries or even casualties.

This slow, methodical, and calm movement of cattle is often referred to as the Bud Williams’ method. This method can be defined as a stimulus-response method.

It makes good use of the cow’s natural instinct to avoid predators. The herders, therefore, act as the predators (stimulus) to get the cows to move in a specific direction (response) as a herd. This method is specifically effective if the cows have never been herded before.

The idea is to get the cows to slowly and calmly bunch up into a herd and start moving in the desired direction. Herders can do this by moving calmly as they round up the animals. The cows in the periphery will perceive the herder as a predator and start bunching up.

By moving methodically, the cows won’t see the herder as an immediate threat but will think it best to bunch up into a herd for better protection. The herder can then slowly but calmly apply pressure to the rear of the herd to get them to move in the desired direction slowly.

The handler applying pressure at the rear of the herd needs to move in a constant zig-zag pattern to keep the animals moving in the desired direction. It is recommended that the zig zag’s arc does not exceed a quarter circle and that the movement be continuous.

Otherwise, if the handler lingers too long in the blind spot of an individual animal, it might turn back and stare at him. Why Do Cows Have Hooves Instead of Feet

However, a few factors influence how wide the zig-zag circle should be. These include the:

When using two herders, the herder at the rear will apply pressure on the herd using the zig-zag motion, while the other herder will be at the front leading the cows to the desired zone.

Raising a livestock guardian dog to herd cattle is another option. Herding dog breeds, also called cattle dogs, have herding instincts and need to stay busy and useful. It’s important they have a large area in which to stay active.

Some popular dogs to herd cattle are border collies, Australian cattle dogs, Australian shepherds, German shepherds, and sheepdogs. Their flock management will be different, depending on the breed you choose. Heelers are dogs that tend to remain at the back of the cattle herd, moving them forward. Others, such as border collies, remain in the front of the herd as they go about moving and containing the herd. Other breeds work from the front and the back. Some examples are the Old English sheepdog.

Herding Cattle With Horses vs ATVs

You might be wondering why cowboys prefer to use horses when herding cattle instead of faster and more efficient machinery such as ATVs. The truth is that horses are often much better than ATVs because they are quieter. They are also much better than walking because the handler doesn’t get as exhausted.

Apart from being too loud, ATVs require gas, which can get expensive depending on the size of the pasture and how many zig-zagging motions you have to make to get a large herd of cattle to move in the desired direction.

Cattle herding is integral to ranching as ranchers need to move their animals for various purposes such as calf weaning, husbandry processes, market shipment, and new pastures. Getting it done in the right way is equally as important.

The handlers must learn to be quiet, slow, and methodical in their movements. Being too noisy will lead to stampedes and possible injuries by frightened cattle. Cattle herding is best done with herding dogs or on horseback.

Thinking of raising cattle for dairy and meat on your homestead? Learn more about different cattle breeds, including Limousin cattle, Shorthorn cattle, and Belgian Blue cattle. Learn about the basics of caring for livestock, including fly control for cattle, and why cows make some of the best farm animals for their milk and meat.