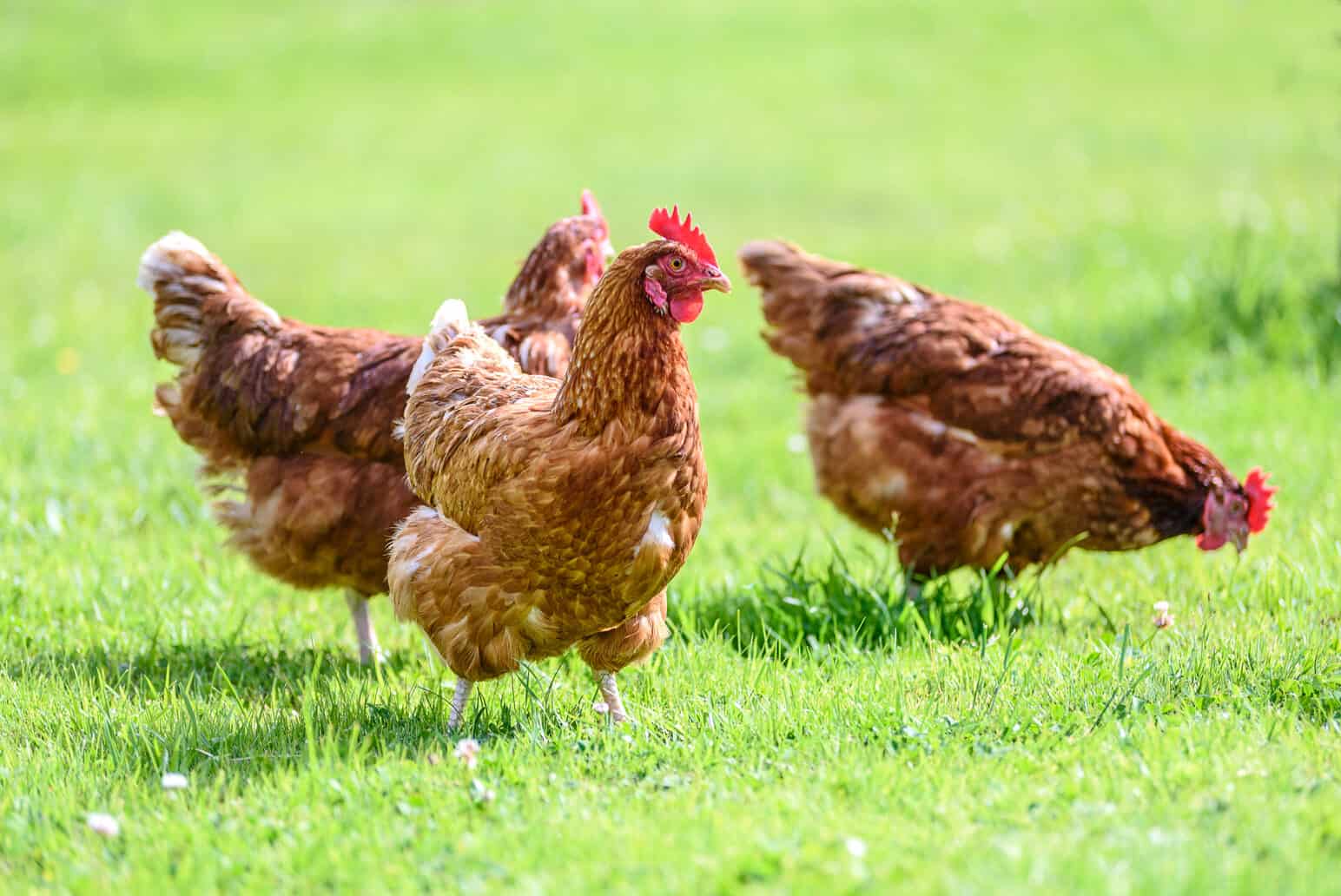 According to the Food and Agriculture Organization of the UN, there are about 1,600 different breeds of chicken worldwide. Each of these breeds has its own unique advantages and disadvantages.

For example, the Black Silkie chicken and the Kiriri chicken are not only highly-valued backyard chicken breeds but are also often kept as pet chickens or ornamental chickens instead of being bred for their egg laying prowess.

Those honors are often left to other breeds, such as Rhode Island Reds, Plymouth Rock chickens, and the Cinnamon Queen chicken, all of which are prolific egg layers. Of course, other breeds are simply raised as meat chickens, while many others are kept because they are heritage chickens.

The point is that each breed has a primary purpose. To understand how long chickens live, you need to focus on a specific breed and look at a few other factors that play a big role in determining the chicken’s lifespan.

With that in mind, let’s look at how long chickens live and other fun facts you might want to know to be a successful chicken keeper.

How Long Do Chicken Live?

On average, chickens can live for 5 to 10 years, but most hardly ever make it that far. In many cases, depending on why the chicken in question is being bred, some don’t make it past their 3rd or even 4th month.

This is especially true when you are dealing with broiler chickens, which are bred for fast growth and often slaughtered as soon as they weigh about four pounds or when they are seven to nine weeks old.

These birds (bred for fast growth) are often found on factory farms, where they are either kept for their meat or egg production. As such, the average age of these chickens can’t be taken into account, even though if left to their own devices, most of these breeds wouldn’t make it past their fifth year.

That’s mostly because these birds have been genetically engineered and altered so much over the years that they no longer have the natural ability to live past that age. They often die from a number of conditions, including reproductive tract issues and tumors.

Wild chickens, on the other hand, hardly ever live past their 4th year. This is mostly because they face many challenges, including diseases, predation, and natural selection. Even if they could escape all these problems, wild chickens, unaltered by science, don’t have the biological hardiness to live as long as most backyard chicken breeds can.

As you can see, the number of years a chicken can live depends on a few key factors. Here are some factors that determine how long the chicken you have in your backyard flock can live.

With over 1,600 breeds of chicken on earth, there are many different types of chicken with which you can populate your backyard flock, from bantam chickens to Leghorn chickens and everything in between.

Some chicken breeds are just genetically more adapted to survival than others. Genetics is one of the most important factors regarding a chicken’s life expectancy.

Heritage chickens—hens bred and raised naturally amongst their own kind—are chickens that haven’t undergone too much genetic alteration (at least not recently) and, as such, have had a chance to adapt to their environment.

These kinds of chickens tend to live much longer than hybrid chickens (genetically altered for either egg or meat production), which have been so extensively genetically manipulated that they don’t have much adaptation to their environment. They tend to have a much shorter life expectancy thanks to several diseases.

Most people raising chickens today do so for economic reasons. This means that they raise these chickens for either meat or egg production. Chickens bred for either one of these purposes don’t tend to live very long as their economic value comes from their productivity.

For example, chickens raised for their meat, such as broiler chickens, face an incredibly shortened lifespan. As mentioned earlier, these chickens tend to be slaughtered for their meat by the time they reach their seventh week or four pounds in weight, whichever comes first.

Layer hens, on the other hand—chickens raised for egg production—tend to live longer than broilers. However, not by much. These types of chicken often live for about 24 months before being sent to slaughter. That’s mostly because an egg laying hen tends to lay fewer eggs the older it gets.

The purpose of breeding often determines the gender of the chick and how long it lives. For example, when dealing with broiler chickens, both female and male chicks live to roughly the same age because both sexes are used for the same purpose—meat production.

When it comes to layers, however, since male chickens can’t lay eggs, they don’t exactly factor into the equation and aren’t as valuable in this kind of farm.

In many cases, these male chicks are either sold to broiler farms or sent to their early deaths for one reason or another. In short, male chicks tend to meet a much more premature end depending on what kind of farm they happen to hatch on.

While some chicken breeds are kept as pets, meaning they live indoors with their owners, most chickens live in a chicken coop. The condition in which this coop is often has a lot to do with the chicken’s health.

In many cases, if the chicken coop is well-ventilated and insulated, the chickens have a better chance of making it through cold nights and hot days without getting sick.

Where the chickens live also plays a big role in protecting them from predators such as skunks. Having a chicken wire surrounding where the chicken lives is a plus. However, if the chicken doesn’t have a decent chicken coop, they are most likely to fall ill and fall prey to predators.

Also, learn how to keep chickens warm in winter by providing a draft-free space.

All farm animals need veterinary care from time to time. Unlike small flock owners who raise chickens in their backyards, most chicken farms have hundreds, if not thousands, of birds at any time. Diseases in birds tend to spread like wildfire, and the best defense against them is prevention.

However, in many cases, especially when budgets are tight or there’s just a general lack of information, the kind of vaccines the birds need may not be administered on time. This often leads to dozens, if not hundreds, of deaths very quickly. When keeping chickens, it’s important to know the symptoms of common chicken diseases to help stop the spread in your flock.

Even though it’s not very often, some chickens die of old age. The oldest chicken to ever live was called Muffy. The bird lived to be well over 22 years of age. In most cases, however, chickens never get to die of old age or natural causes.

They either die from predation, slaughter, or health complications. Today, slaughter is the number one factor negatively affecting the life expectancy of chickens the world over.

An adult chicken is required to perform specific duties. Whether it’s laying fresh eggs or gaining weight quickly for meat production, they often meet an untimely death if these chickens don’t perform these duties as required.

Unfortunately, even if they perform these duties well, their life expectancy is still quite short. That’s the nature of farm animals unless they are raised as pets.

How Long Do Chickens Live For

So, how long do chickens live? Left to their own devices, chickens can live between 5 and 10 years. Wild chickens tend to live between three and five years because they face many threats, including predation.

However, domesticated chickens don’t fare that much better. Even though, thanks to veterinary medicine, domesticated chickens can live up to 10 years or even more, the fact that they are often farmed for a specific purpose (meat or egg production) means that they don’t get to live to their full life expectancy. In many cases, these chickens never live past their third year. An an example, a hybrid cross called Gold Star chickens live 3 – 5 years.