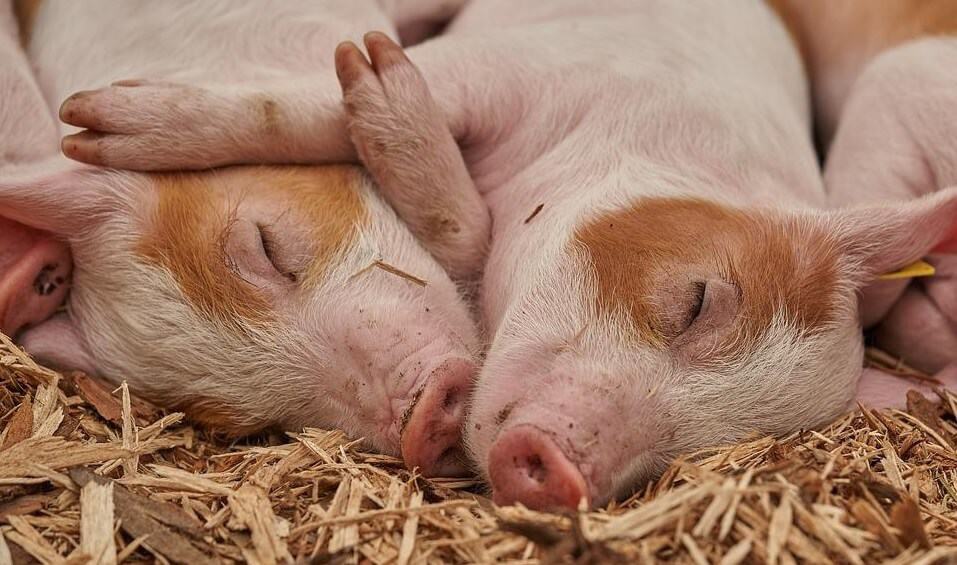 On average, how long do pigs live? The answer to such a question in regards to any animal, not just pigs, is often dependent on a number of factors. Some of the key determinants of how long an animal lives are factors such as:

Pigs come in two classes. There are wild pigs, and there are domesticated pigs. As you would expect, domesticated pigs don’t typically face as many dangers as wild ones. They are expected to live much longer and more fulfilling lives than their feral pig counterparts. However, there is the difference of raising domestic pigs for meat versus as a pet. Slaughtering a pig for its meat will lower its natural life expectancy.

So, how long do pigs live, and what can you do to extend their lifespan?

How Long Do Pigs Live?

The average lifespan of a domestic pig is between 15 and 20 years, while a feral pig is around 4 to 8 years.

Like their domesticated counterparts, wild boars and feral swine, generally, can live to about 15 years. However, they hardly make it past their 5th year. This is mostly because they face a great deal more danger and threats than domestic pigs. Some of the key issues faced by feral pigs include:

Wild boars that live in a sanctuary, on the other hand, outlive feral swine in the wild by an average of 15 years.

All that being said, according to Guinness World Records, the oldest or longest living pig ever recorded was “Baby Jane” in North America, who lived to the astonishing age of 23 years 221 days.  It’s worth noting that Baby Jane was raised as a pet pig and received better than average swine care.

How Long Do Pet Pigs Live?

Pet pigs, such as Vietnamese Potbelly pigs, teacup pigs and other small pig breeds, have a distinct advantage over most other types of pigs because they are raised as pet pigs. As such, they have a much better chance of attaining their full lifespan potential (often 20 years) than farm pigs or wild boars.

Some of the factors that determine or improve their ability to live much longer than most other types of pigs include:

It can be argued that farmed pigs are technically pet pigs that are being raised for different purposes on a farm. If that is the case, then it’s best to look at the average lifespan of the pig as per the purpose for which it’s being raised.

Pigs being raised for meat, for example, hardly ever make it past their 6th month. Technically, they are still piglets at this point, but different pork eaters have highly specific requirements and many like how tender the meat of a 6-month-old piglet is and how juicy it tastes.

Sows, or female pigs, on the other hand, are often raised for their ability to breed. Since most pig breed sows reach puberty at around 5 months, and can start farrowing their litters. These female pigs often have a lifespan of around 2 years, at which point, they are culled to make way for younger, more capable breeders.

There are quite a number of popular pig breeds that seem to find their way into pig farms, backyards and homesteads. Most of these pigs are either raised for their meat or for their ability to produce other pigs.

How Long Does the Duroc Pig Live?

As a result, they have a comfortable life and frequently reach the age of 15 despite having an average lifespan of 10 to 15 years. One of the main reasons these pigs have such a stable lifespan is because farmers across the nation have been doing quite a bit of selective breeding. This gives Duroc pigs a much longer lifespan than the average pig.

The Vietnamese Pot Belly pig is yet another popular pet pig breed. On average, potbellied pigs can live up to 20 years. However, according to records, the oldest Vietnamese Potbellied Pig was named Ernestine, who was 23 years old in 2014.

Like most other pet pig breeds, potbellied pigs live longer lives than average because they receive quite a bit of preferential treatment from their owners. These pigs are often neutered, kept on a properly managed diet, and receive regular vaccinations or visits from the vet. This kind of healthy living prolongs their lives.

How Long Do Livestock Pigs Live?

There are many different breeds of livestock pigs raised in the US and globally. Whenever a pig is being raised as part of the livestock on a farm, its lifespan is considerably shortened, regardless of the breed.

As mentioned earlier, pigs raised for different purposes can only ever reach the age at which that purpose can be attained. For example, male pigs raised for meat can typically live up to a minimum of 6 months and hardly ever go past the 2-year mark.

This is mostly because pigs raised for meat often reach market weight, which is 250 pounds, by the time they are around 6 to 7 months old. The longer they live, the bigger and heavier they become, and they can fetch more money. However, they will continue to consume more too.

Some meat breeds include:

Female pigs bred for breeding often attain an average lifespan of around 2 years, with pregnant sows receiving preferential treatment as long as they continue to produce huge litters. As soon as their litter size reduces, they are culled as younger females are introduced to the homestead.

How Long Do Teacup Pigs Live?

Teacup pigs, also known as mini pigs, are a type of potbelly pig that is miniature in size due to malnutrition. This miniature pig has a lifespan of about 12 to 18 years. On average, these pigs hardly ever live past their 5th year. This is mostly because they have health issues related to the skeletal structures, an immune system that can’t fight off diseases and viruses, and most other pig breeds’ immune systems. Small pigs do exist, however, they don’t fit in a teacup as they age.

How Long Do Guinea Pigs Live?

With a name such as “Guinea pig,” you would be forgiven for thinking these creatures come from Guinea, the country in West Africa, and that they are pigs. Guinea pigs come from South America and aren’t pigs. They belong to the family Caviidae, which includes mountain cavies and maras. So, they aren’t actually pigs, nor are they from Africa. Still, guinea pigs have a lifespan of about 4 to 8 years. Pet guinea pigs are quite popular in the US.

Pig health issues are some of the leading reasons pigs don’t typically live as long as they should, even when given the best care. Farmers who allow their pigs to graze and eat plenty of green vegetables often see better returns. That, however, doesn’t mean that pigs should be set loose on the farm.

Animals being bred for meat need a specially formulated diet and some treats. However, diet isn’t the only concern. To increase their lifespan, farmers should practice caring for their pigs. This often includes:

Also note, pigs are social animals and will do better when living with other pigs than living alone. They should also have access to wallow in mud. Pigs like mud because it helps keep them cool and provides a barrier so they are less prone to get sunburn.

There are several stages a pig goes through as it ages. The pig life cycle is:

Most female pigs reach sexual maturity when they are between 6 and 7 months old. Male pigs will be sexually mature for breeding at 12 months old.

Average Lifespan of a Pig

How long do pigs live? A pig’s lifespan can be as long as 23 years or as short as 6 months. On average, however, pigs live for 15 to 20 years in captivity and 4 to 5 years in the wild.

Wild pigs don’t live nearly as long, naturally, as their domestic counterparts. That’s mostly because they face far more threats than a pet or domestic pig. However, pig owners who raise feeder pigs for meat will have a shorter lifespan.

What is a truffle pig

How to breed pigs